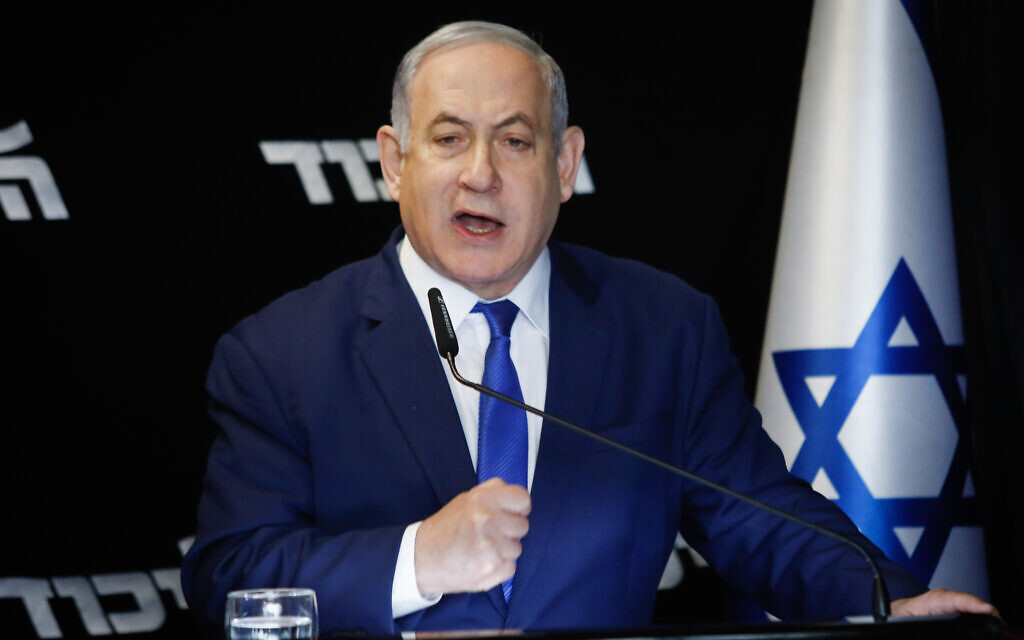 Benjamin Netanyahu said today that Israel was ‘striking back’ at its ‘greatest enemy’ Iran as he blamed the Islamic republic for a recent attack on an Israeli-owned ship.

The Israeli PM said the blast on the MV Helios Ray which left two holes in the vessel’s side in the Gulf of Oman last week was ‘indeed an Iranian act, that is clear’.

‘As for a reaction – you know my policy,’ he continued. ‘Iran is Israel’s greatest enemy, I’m determined to block it, we’re striking at it throughout the region.’

Netanyahu’s remarks came hours after Syrian air defences intercepted what they said were Israeli missiles over Damascus, in an area where Iranian Revolutionary Guards and their Hezbollah allies are believed to be present.

It also comes days after Joe Biden ordered airstrikes on Syria to target an Iranian-backed militia, with the US president warning Tehran that it cannot act with impunity.

But Iran denied the allegation that it was behind the ship explosion, accusing Netanyahu of suffering from ‘an obsession with Iran’.