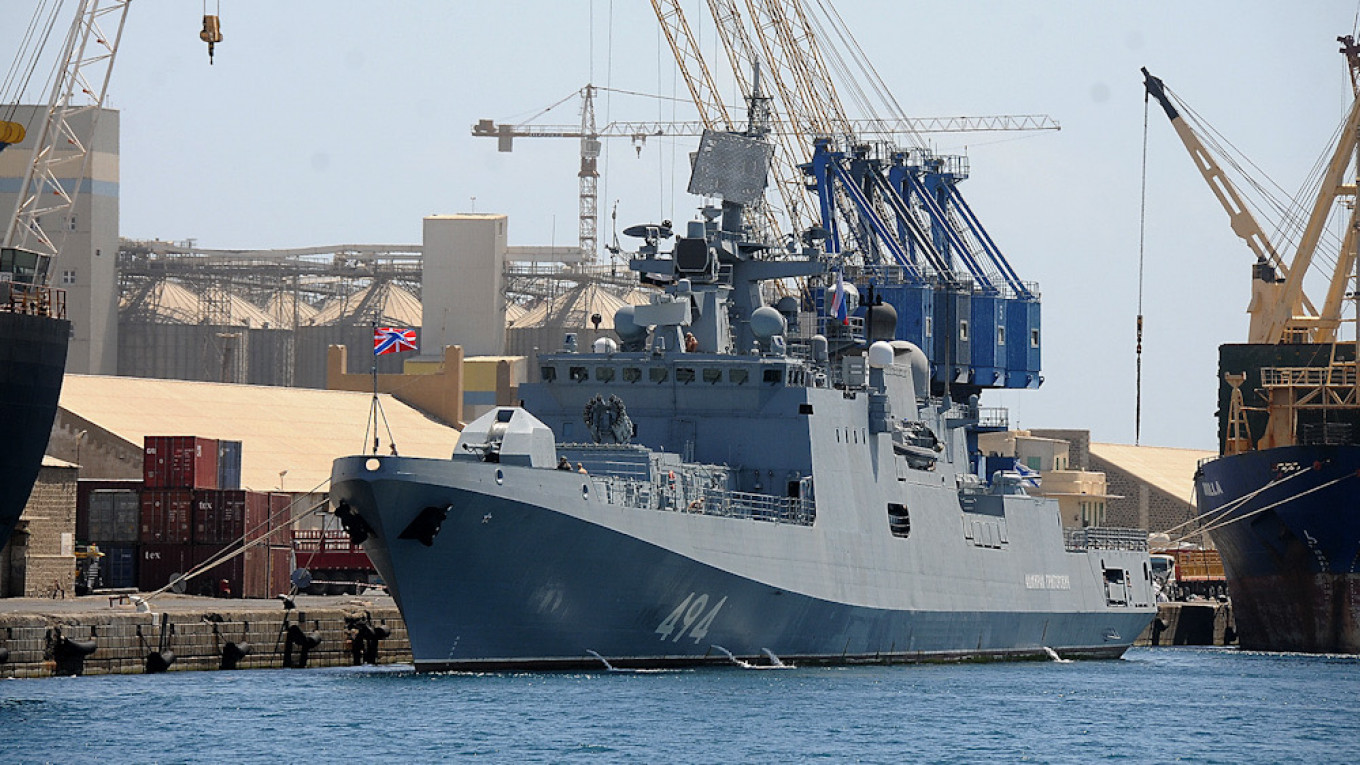 A US warship docked in Sudan Monday a day after a Russian frigate arrived in the same key Red Sea port where Moscow is planning to establish a naval logistics base, an AFP correspondent said.

An expeditionary fast transport ship, the USNS Carson City, had already docked in the port on February 24, the “first US navy ship to visit Sudan in decades”, the US embassy in Khartoum said in a statement at the time.

It “highlights the willingness” of the US military to “strengthen their renewed partnership” with Sudan’s armed forces, it added.

The arrival of the USS Churchill was “the second (US) ship to stop in Sudan this week,” said US Charge d’Affaires Brian Shukan.

Its arrival, “sheds light on US support for a democratic transition in Sudan,” Shukan added, in a message on Twitter.

The USS Churchill docked shortly after Russia’s Admiral Grigorovich frigate arrived in Port Sudan, where the Russian navy said “a logistical support base” would be created.