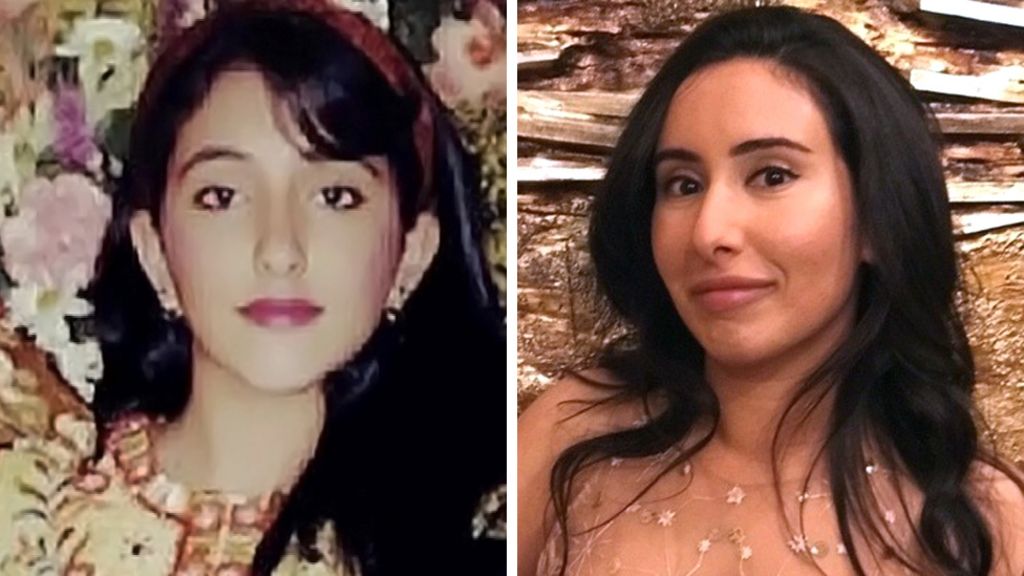 Princess Latifa, the captive daughter of Dubai’s ruler, has appealed to UK police to re-investigate the kidnap of her older sister from a Cambridge street more than 20 years ago.

In a letter shared with the BBC, Latifa tells Cambridgeshire police this could help free Princess Shamsa, who was captured on the orders of their father.

Shamsa, who was just 18 then and is now 39, has not been seen in public since.

The government of Dubai has not responded to BBC requests for comment.

A High Court judge ruled in 2019, that Sheikh Mohammed bin Rashid al Maktoum had abducted both daughters and held them against their will.

Last week BBC Panorama broadcast shocking videos Latifa had secretly recorded on a phone she had been given, in which she described how she was being held “hostage” by her father following a failed escape attempt in 2018. The UN has since asked the United Arab Emirates for proof that Latifa is alive.

But almost two decades earlier, an attempt by her older sister to flee the family also ended in capture and imprisonment.

In August 2000, around two months after escaping from her father’s Longcross Estate in Surrey, Shamsa was forcibly taken from Cambridge, flown by helicopter to France and then by private jet back to Dubai.

Latifa’s handwritten letter, which was passed to the Cambridgeshire force by her friends on Wednesday, urges action for her sister by British authorities. It was written in 2019 while she was being held in solitary confinement in a “jail villa”.

She adds: “She has strong links to England… she really loves England, all of her fondest memories are of her time there.”

Latifa dated the letter February 2018, before her escape attempt, to avoid revealing that she had a way of communicating with the outside world from captivity. It paints a chilling picture of her sister’s fate after she was returned to Dubai.

“She was kept incommunicado with no release date, trial or charge. She was tortured by getting her feet caned…”

Cambridgeshire police first launched a kidnap investigation in 2001 after Shamsa made contact via an immigration lawyer. But the investigation eventually hit a dead end when officers were blocked from going to Dubai.

It later emerged that aides acting for the sheikh had made representations to the Foreign Office around the time of the investigation.

Police reviewed the investigation in 2018, and BBC News can now reveal that one investigator acknowledged there were “significant sensitivities” with the case.

A further review was launched after the High Court judgment was published in 2020.

In a statement to BBC News, Cambridgeshire Police said it had received Latifa’s letter, which “will be looked at as part of the ongoing review”.

The statement added: “This is a very complex and serious matter and as such there are details of the case that it would be inappropriate to discuss publicly.”

The Foreign Office, which has previously faced questions over its response in the wake of representations from a powerful state ally, told the BBC this was a private matter between two individuals and it had no role in the investigation by Cambridgeshire Constabulary or its outcome.