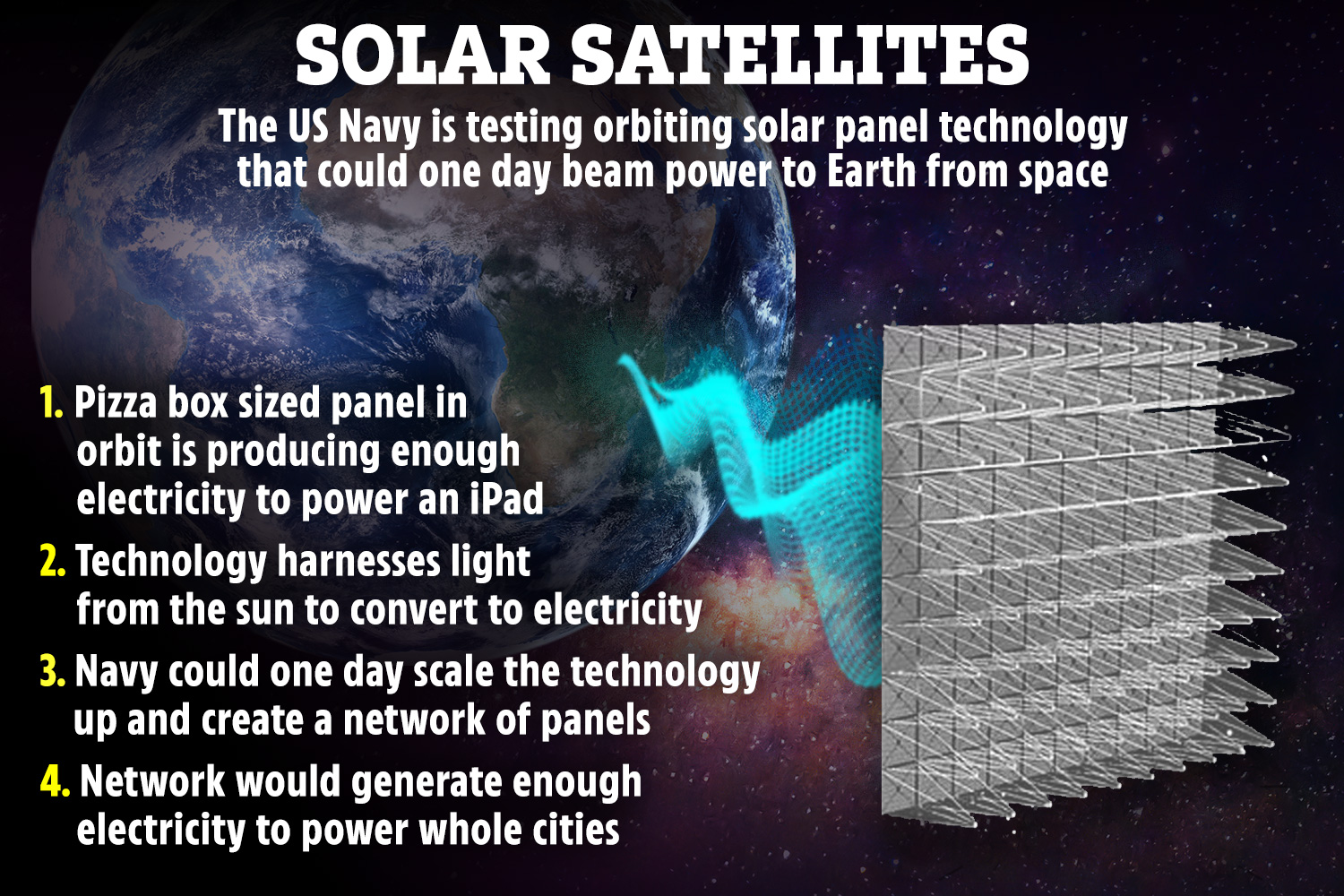 THE US Navy has fired a pizza box sized satellite into orbit that generated enough electricity to power an iPad.

The Photovoltaic Radiofrequency Antenna Module (PRAM) was launched in May 2020 and harnesses light from the sun that it converts into electricity.

According to CNN, the experimental tech is attached to a drone that orbits the Earth every 90 minutes.

It’s designed as a prototype for a future system to send electricity from space back to any point on Earth.

“To our knowledge, this experiment is the first test in orbit of hardware designed specifically for solar power satellites, which could play a revolutionary role in our energy future,” said Paul Jaffe, PRAM principal investigator and co-developer of the project.

“Some visions have space solar matching or exceeding the largest power plants today – multiple gigawatts – so enough for a city,” he told CNN.