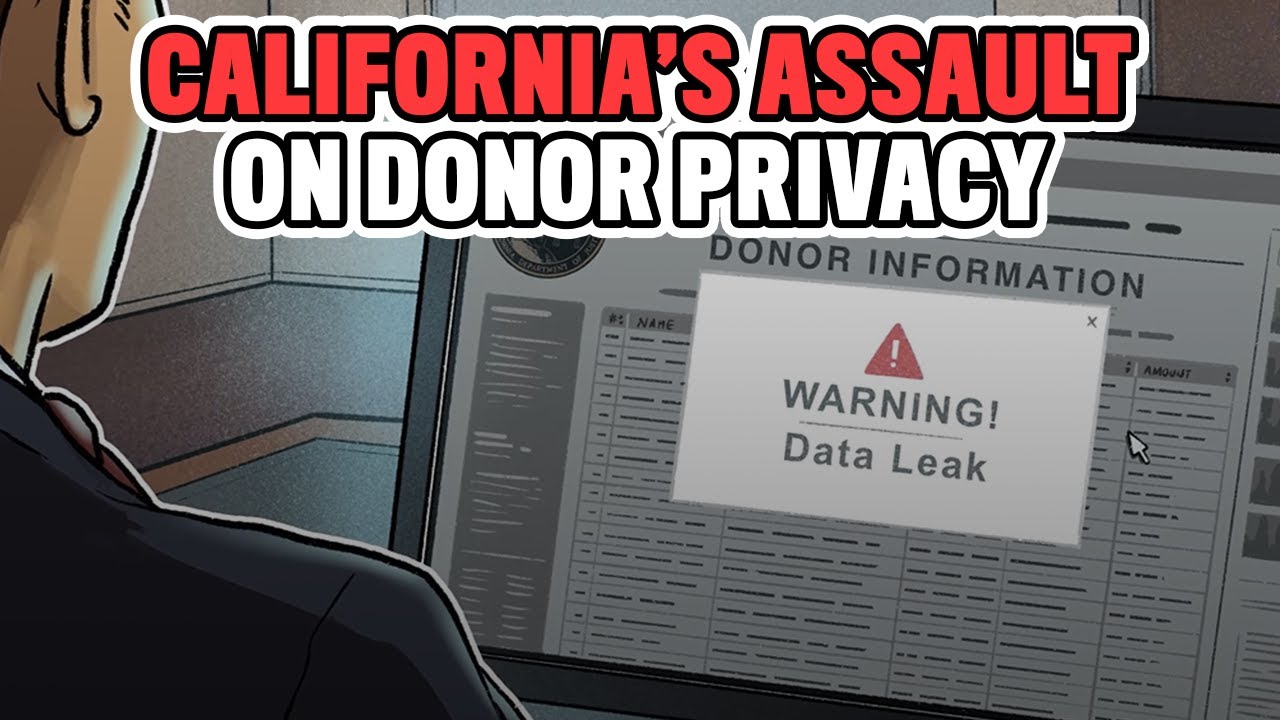 When you donate to a nonprofit organization that aligns with your convictions, you trust that your information won’t be leaked to the public. You also trust that the organization you’ve given to won’t be forced by the government to turn over your name and address.

But the California attorney general’s office is requiring all nonprofits that fundraise in California to hand over the names and addresses of their major donors every year—a demand that is dangerous, useless and uncalled for … not to mention unconstitutional.

Today’s politics have sown strong animosity and division in this country. And if nonprofits are forced to disclose their supporters’ names and addresses, many of those supporters would likely face harassment and threats from people who disapprove of their values.

For example, employees, clients and supporters of Thomas More Law Center, a legal nonprofit in Michigan, have received hate mail, death threats and harassment from ideological opponents. TMLC promotes faith and family values and protects the sanctity of human life.

That’s why California’s ultimatum—turn over donor information to the attorney general’s office or end all fundraising in California—is concerning to them.

So TMLC is standing up to the state, and Alliance Defending Freedom is representing this organization before the U.S. Supreme Court this spring. On Feb. 22, ADF filed its opening brief at the court. Learn more about the case:

California’s attorney general’s office has proven to be unreliable with sensitive information.

In fact, after California demanded that hundreds of nonprofits hand over their major donor information, the state leaked that information—including names and addresses—online to the public. For a period of time, anyone with a web browser could find this confidential information.

And this isn’t only a risk for nonprofits like TMLC. It would be a risk to any nonprofit with donors in California, including organizations like Planned Parenthood and the American Civil Liberties Union.

“Every American should be free to support causes they believe in without fear of harassment or intimidation,” said ADF Senior Counsel John Bursch. “Given that the California attorney general’s office hardly ever uses supporter information for any purpose, there’s simply no justification for forcing charities to disclose their supporters’ names and addresses and making freedom of association a pipe dream.”

ADF is standing with 60 other organizations to ask the Supreme Court for justice and to stop California from violating the constitutional rights of nonprofits and their supporters.