‘He’s lucky to be alive’: First cop to help Tiger Woods after golfer crashed speeding SUV reveals he didn’t realize extent of his injuries due to shock and said ‘my name is Tiger’ – as he remains in hospital with broken legs and ankle

The first police officer to help Tiger Woods at the scene of his car crash said the golfer is ‘very fortunate to be alive’ as it’s revealed he was driving at high speed at the notorious accident-prone spot in Los Angeles, and investigators will test whether he had drugs or alcohol in his system.

Deputy Carlos Gonzalez found Woods, 45, conscious in the driver’s seat of his Genesis GV80 shortly after 7am.

Sources close to the golfer told DailyMail.com Woods’ injuries include a compound fracture and shattered ankle in one leg. He is undergoing surgery to put the pieces of his ankle back together, the source added.

A neighbor who heard the crash called 911, and on arrival Gonzalez immediately realized that the golfer was too severely injured for him to move alone. Woods was wearing a seatbelt at the time of the crash.

Gonzalez said he talked to Woods, to keep him calm until he could be cut from his vehicle, which was badly damaged from the impact – although the protective interior was intact. 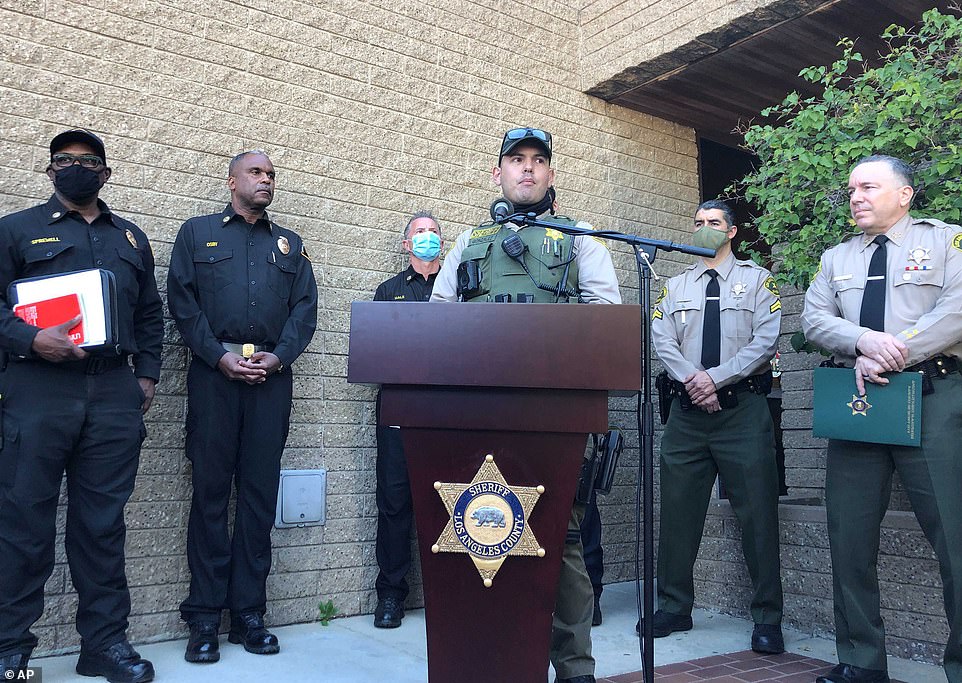 ‘When I arrived on the scene Mr Woods was in the driver’s seat,’ Gonzalez said on Tuesday afternoon.

‘He was able to speak to me. He seemed calm and lucid. I kept Mr Woods calm until LA County fire department arrived on the scene.

‘He told me his name was Tiger, and at that point I immediately recognized him. He seemed lucid and calm.

‘He didn’t seem concerned about his injuries, which is common in car accidents. They may be in shock, and pain not felt until later.’

Gonzalez said Woods did not seem obviously intoxicated, and the L.A. Sheriff’s Department does not take blood tests at the scene of accidents. However, investigators will test whether he had drugs or alcohol in his system as a matter of routine.