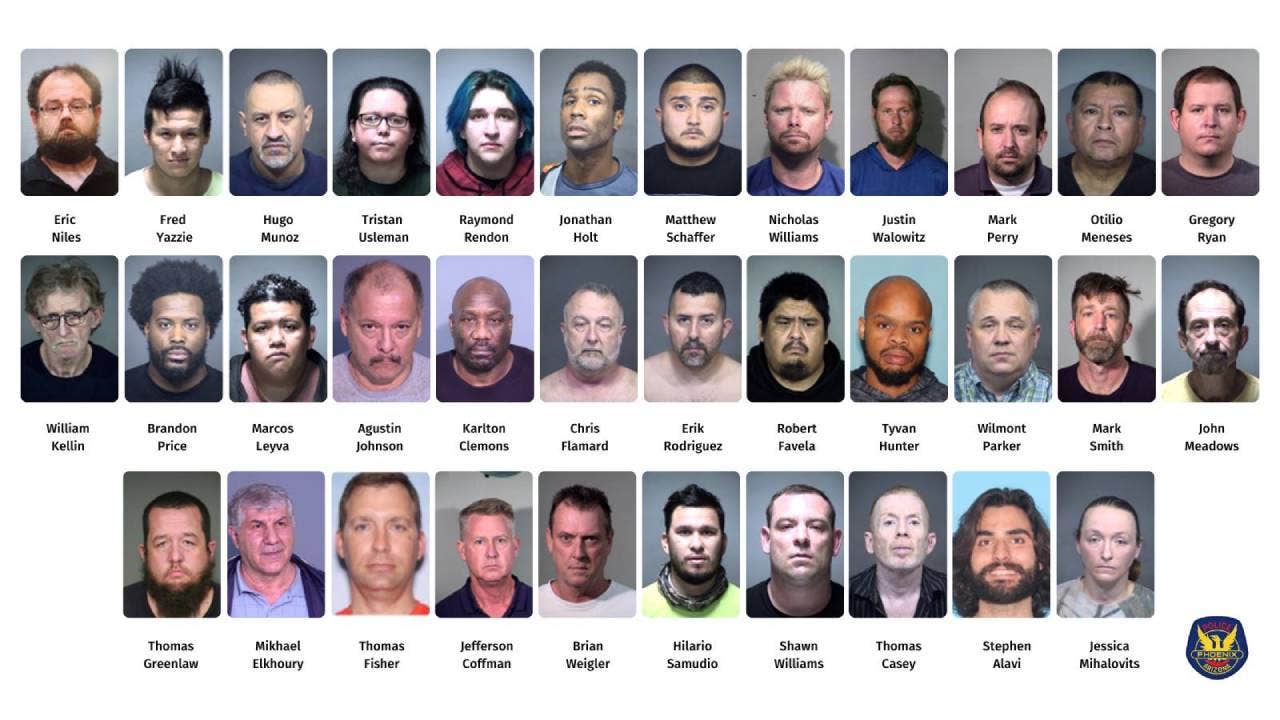 Phoenix police say 37 people have been arrested in connection to a large scale child sex crimes and human trafficking operation.

“Throughout the operational period, officers and undercover detectives placed ads on websites and apps which are commonly sought out by suspects seeking illegal sex acts with children,” read a portion of a Phoenix police statement.

Police say the suspects, who range in ages from 21 to 66 years old, solicited sex acts with undercover officers and were subsequently arrested.

If you have information about someone being trafficked, contact your local police department or the National Human Trafficking Hotline at 888-373-7888, or visit humantraffickinghotline.org.