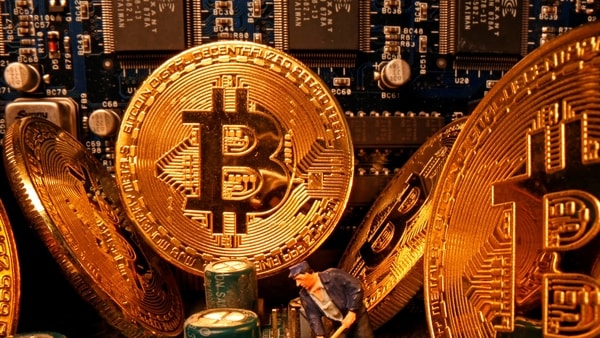 Signs of a widening embrace across the financial services industry sent Bitcoin to new heights, with the cryptocurrency closing in on $50,000 for the first time before falling back.

A week after Tesla announced its $1.5 billion investment in Bitcoin, the digital asset continues to make inroads into traditional finance, including news that an investment unit of Morgan Stanley is considering whether to bet on Bitcoin. Canada also approved the first North American Bitcoin exchange-traded fund.

And there’s evidence that more companies are beginning to add services for cryptocurrencies — an asset class that is still lightly regulated and controversial among policymakers. On Thursday, BNY Mellon said it’s formed a new team that’s developing a custody and administration platform for traditional and digital assets. Mastercard Inc. has said it will begin allowing cardholders to transact in certain cryptocurrencies on its network.

The combination of luminaries like billionaire Elon Musk and powerhouse banks is adding fresh ammunition to Bitcoin’s meteoric gains. The cryptocurrency neared $50,000 in weekend trading before retreating. Prices are up some 40% in February, and were at about $48,000 as of 1:39 p.m. in London on Monday.