Worst Cooks in America star Ariel Robinson is accused of beating her three-year-old adopted daughter to death, after she tweeted about her white kids’ ‘privilege’ week earlier – after taking them out of care to ‘complete’ her black family 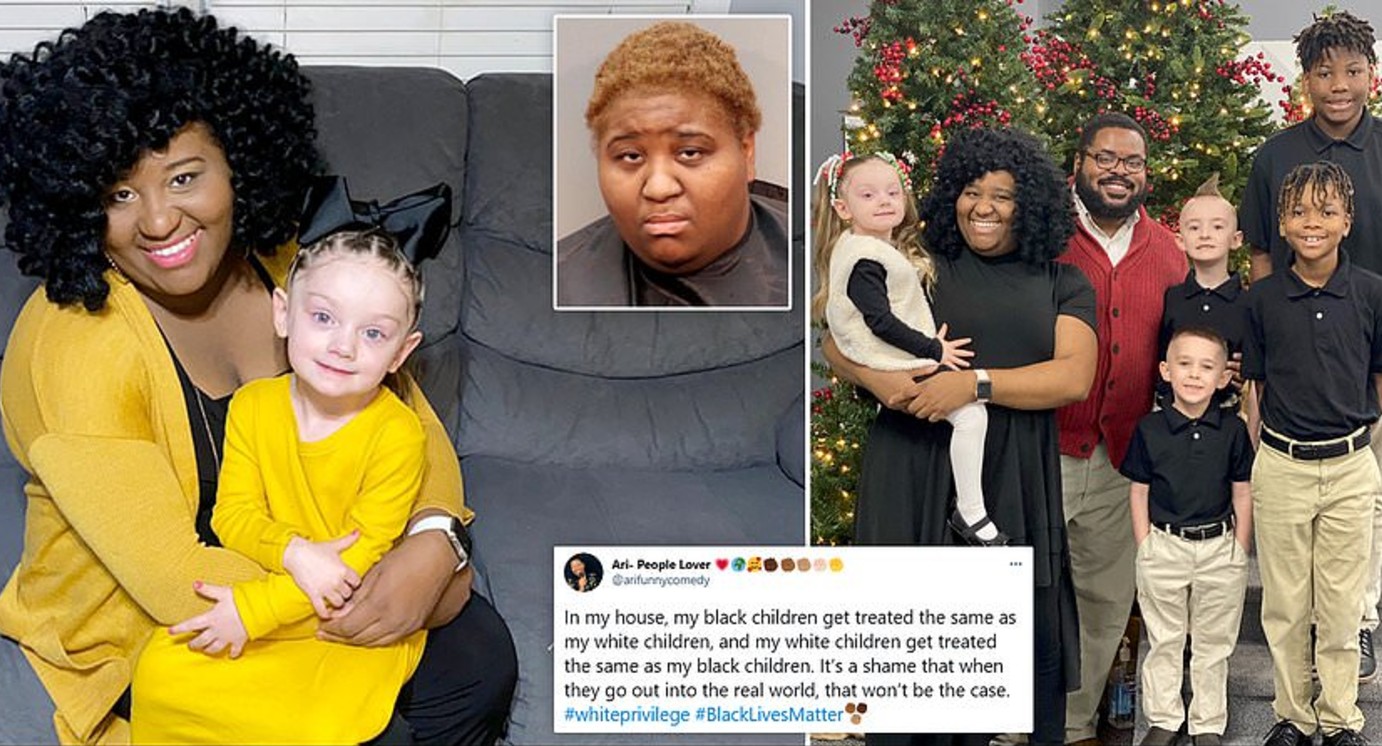 Worst Cooks in America winner Ariel Robinson, who has been charged with beating her adopted white daughter to death, tweeted about her three white children’s privilege after adopting them to ‘complete’ her black family.

Robinson, 29, and her husband Jerry, 34, are both in jail on suspicion of beating their adopted three-year-old daughter Victoria to death on January 14 at their home in Simpsonville, South Carolina.

They have not been accused of harming any of the boys.

On social media, Robinson gushed that they ‘completed’ her family and allowed her to teach all of her children equality by parenting them the same way despite their different races.

But on January 14, the couple called 911 to report that Victoria was unresponsive. She later died in the hospital and doctors gave blunt force trauma as the cause.

Her biological extended family now say that she and the two white boys were being abused by the Robinsons for months and that the system ‘failed’ them.

It’s unclear why the children went to live with the Robinsons rather than with any of their biological relatives.

Police are yet to provide a motive for the suspected abuse.