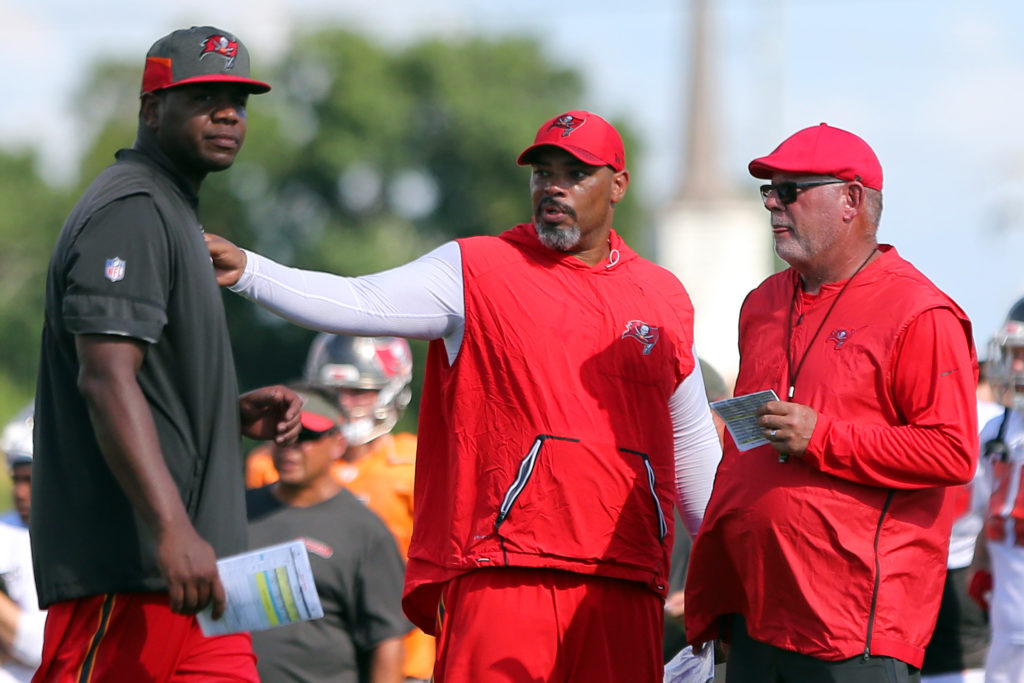 By winning the Super Bowl title he’s wanted so long, Bruce Arians might finally get Black and brown coaches the jobs they deserve, too.

Imagine being an NFL owner next January and ignoring Byron Leftwich, architect of the Tampa Bay Buccaneers offense that beat the Kansas City Chiefs on the ground and in the air. Or taking a pass on Todd Bowles, whose defense harassed Patrick Mahomes into the worst performance of his professional career.

If they do, then they deserve every loss they get.

“Probably not,” Leftwich said, when asked if the Buccaneers’ 31-9 thrashing of the Chiefs will level the playing field for coaches of color.

“Obviously it’ll open peoples’ eyes,” he said, when asked why not. “But I can’t speak on if it changes anybody’s minds. All we can do is coach good football.”

The nearly-all-white, all-boys club of NFL coaches and coordinators has been nearly impossible to crack. In a league where two-thirds of the players are Black or brown, only five head coaches are. There are five Black offensive coordinators, a job considered a stepping stone to a head coaching position.

Public shaming hasn’t improved diversity. Neither have the suggestions and incentives from Commissioner Roger Goodell and the league office.

So maybe what owners need is some good, old-fashioned envy.

The NFL is an imitation game. Owners and general managers always want their own version of the hottest thing. It’s why anyone who’s had a conversation with Sean McVay, the youngest coach in the NFL’s modern era and youngest to reach the Super Bowl, was automatically short-listed for any opening the past few years. It’s why Matt Patricia and Josh McDaniels got jobs after working for Bill Belichick.

Arians has said that his own struggles to get a head coaching job make him more willing to look at people who would otherwise be ignored. Despite being Peyton Manning’s first quarterbacks coach in the NFL, and being offensive coordinator for a Super Bowl champion in Pittsburgh, Arians didn’t get a shot as a head coach until he was 60.

And even then, it was only because Indianapolis Colts coach Chuck Pagano had to step away after being diagnosed with leukemia.

His philosophy is that coaches are, at their core, teachers. And the most effective ones he’s known offer different perspectives based off their own, unique experiences, rather than being slightly different versions of the same thing.