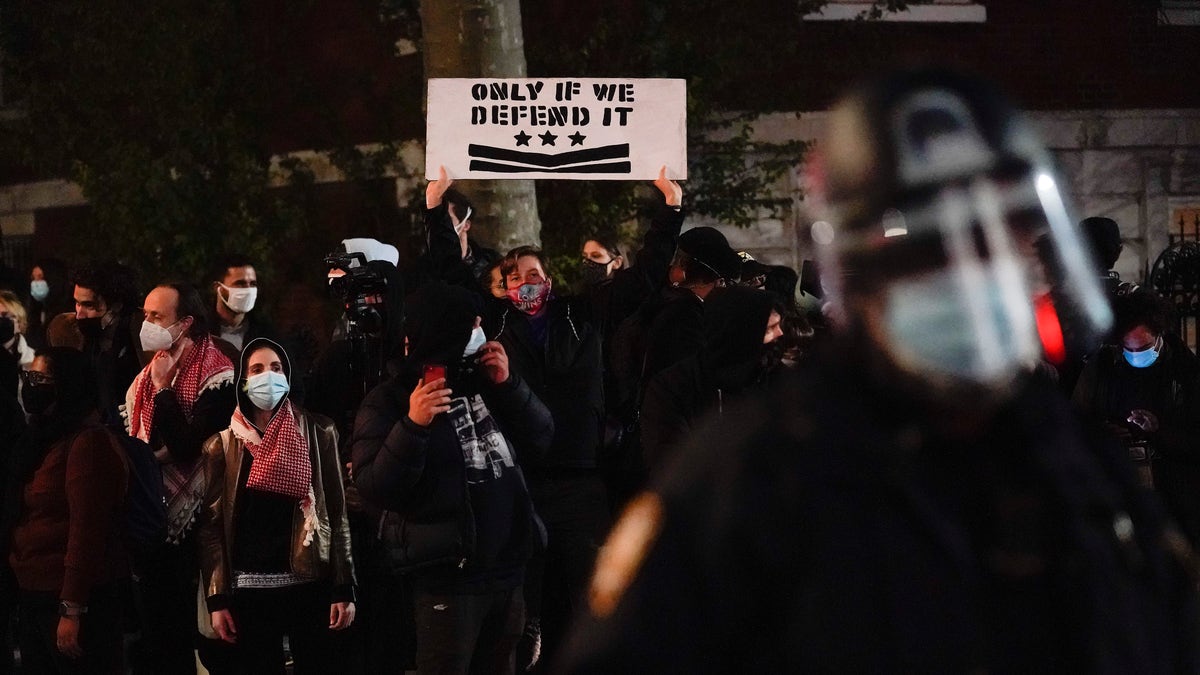 Protesters marched in Washington, D.C. throughout the afternoon and evening Saturday.

A “DC Queer and Trans Black History Month March and Rally” was organized at 2 p.m. by the Total Liberation Collective and the Palm Collective.

Some Antifa protesters mixed in, as a red and black “Antifascist Action” flag could be seen being carried by a group of protesters clad in black.

The protesters briefly paused in front of a row of restaurants where some protesters scuffled with police officers, independent journalist Brendan Gutenschwager reports.