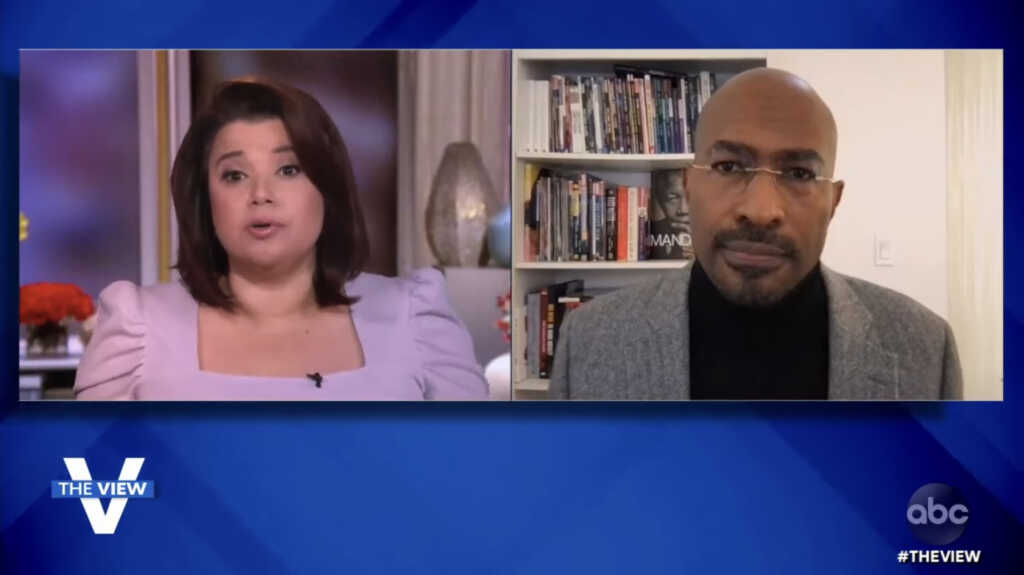 On Friday, the co-hosts of “The View” excoriated progressive activist Van Jones for working with the former Trump administration — and for taking a “smiling” photo with conservative commentator Candace Owens.

Jones, to his credit, was befuddled by the question. Though the co-hosts of the ABC show tried to keep him from answering Navarro’s inquiries, Jones said he has zero regrets about being cordial with Owens.

“I’ll take pictures with anybody,” he said over the show’s exit music.

Owens responded to the exchange in a tweet, writing, “The radical Left wants to unite America by making it a criminal act to smile in pictures with conservatives. Utterly psychotic.”

To add context. Van Jones and I smiled together in a picture at a bi-partisan event attended by both Republicans and Democrats for the First Step Act— prison reform

The women of #TheView are taking their obsession with me to new heights. @ananavarro