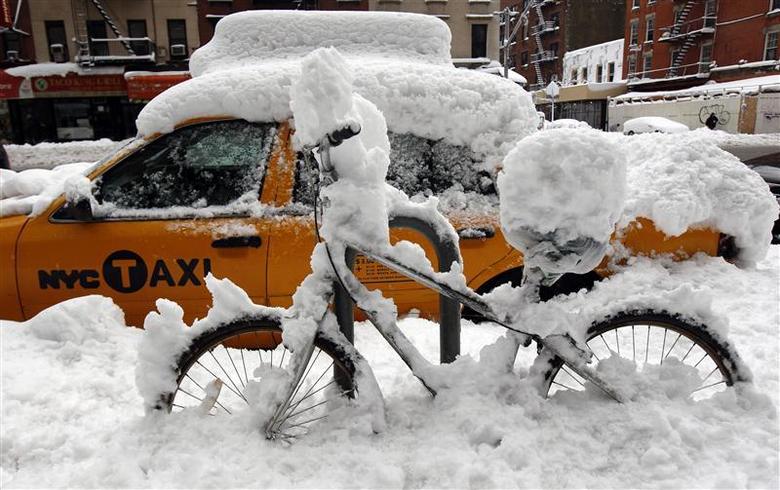 Travel will be tough before the Super Bowl Sunday as the Big Apple is on track to get sacked with another snowstorm.

Flakes will start flying around daybreak and continue for 10 to 12 hours, said Accuweather meteorologist Rob Miller. The storm should wrap up by around 5 p.m., leaving time for shoveling the walk before kickoff.

Expect this storm to produce heavier and wetter snow than last week’s monster, but the total accumulation is likely to be just 3 to 6 inches in the five boroughs, Miller said. Temperatures will hover right around the freezing mark.

“It is not out of the question that there is more than 6 inches of snow,” MIller said, acknowledging that last week’s storm dropped more than the service predicted on the city. “There’s still a potential,” he said, “but right now it looks like the heavier precipitation will be south and east, where the air is warmer.”