There Are Spying Eyes Everywhere—and Now They Share a Brain 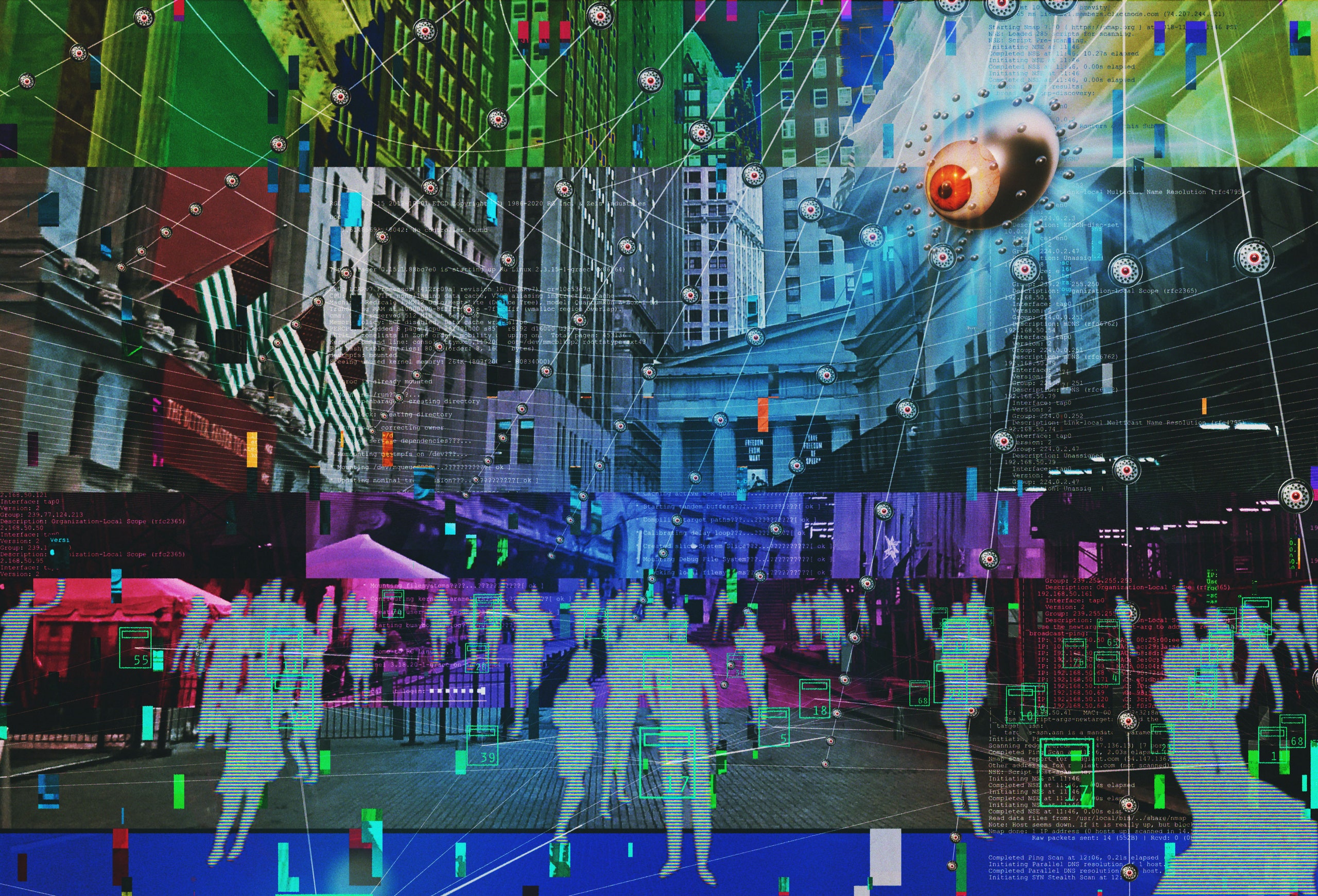 ONE AFTERNOON IN the fall of 2019, in a grand old office building near the Arc de Triomphe, I was buzzed through an unmarked door into a showroom for the future of surveillance. The space on the other side was dark and sleek, with a look somewhere between an Apple Store and a doomsday bunker. Along one wall, a grid of electronic devices glinted in the moody downlighting—automated license plate readers, Wi-Fi-enabled locks, boxy data processing units. I was here to meet Giovanni Gaccione, who runs the public safety division of a security technology company called Genetec. Headquartered in Montreal, the firm operates four of these “Experience Centers” around the world, where it peddles intelligence products to government officials. Genetec’s main sell here was software, and Gaccione had agreed to show me how it worked.

He led me first to a large monitor running a demo version of Citigraf, his division’s flagship product. The screen displayed a map of the East Side of Chicago. Around the edges were thumbnail-size video streams from neighborhood CCTV cameras. In one feed, a woman appeared to be unloading luggage from a car to the sidewalk. An alert popped up above her head: “ILLEGAL PARKING.” The map itself was scattered with color-coded icons—a house on fire, a gun, a pair of wrestling stick figures—each of which, Gaccione explained, corresponded to an unfolding emergency. He selected the stick figures, which denoted an assault, and a readout appeared onscreen with a few scant details drawn from the 911 dispatch center. At the bottom was a button marked “INVESTIGATE,” just begging to be clicked.

Citigraf was conceived in 2016, when the Chicago Police Department hired Genetec to solve a surveillance conundrum. Like other large law enforcement organizations around the country, the department had built up such an impressive arsenal of technologies for keeping tabs on citizens that it had reached the point of surveillance overload. To get a clear picture of an emergency in progress, officers often had to bushwhack through dozens of byzantine databases and feeds from far-flung sensors, including gunshot detectors, license plate readers, and public and private security cameras. This process of braiding together strands of information—“multi-intelligence fusion” is the technical term—was becoming too difficult. As one Chicago official put it, echoing a well-worn aphorism in surveillance circles, the city was “data-rich but information-poor.” What investigators needed was a tool that could cut a clean line through the labyrinth. What they needed was automated fusion.

Gaccione now demonstrated the concept in practice. He clicked “INVESTIGATE,” and Citigraf got to work on the reported assault. The software runs on what Genetec calls a “correlation engine,” a suite of algorithms that trawl through a city’s historical police records and live sensor feeds, looking for patterns and connections. Seconds later, a long list of possible leads appeared onscreen, including a lineup of individuals previously arrested in the neighborhood for violent crimes, the home addresses of parolees living nearby, a catalog of similar recent 911 calls, photographs and license plate numbers of vehicles that had been detected speeding away from the scene, and video feeds from any cameras that might have picked up evidence of the crime itself, including those mounted on passing buses and trains. More than enough information, in other words, for an officer to respond to that original 911 call with a nearly telepathic sense of what has just unfolded.

Gaccione turned to a second console, this one loaded with a program called Valcri. Where Citigraf is designed for relaying early leads to patrol officers rushing to the scene of a crime, Valcri is for the detectives working long cases at the precinct. Originally developed to root out sex-trafficking rings, its fusion algorithms hunt for subtler, more elaborate patterns that might stretch across years of unstructured data. Gaccione told me about one counterterrorism unit, which he wouldn’t name, that had used the system to build a detailed profile of “a middle-aged unemployed individual with signs of radicalization,” using “various databases, CCTV, phone records, banking transactions, and other surveillance methods.” If done manually, he estimated, this kind of investigatory grunt work would take a couple of weeks. In this instance, it took “less than a day.”