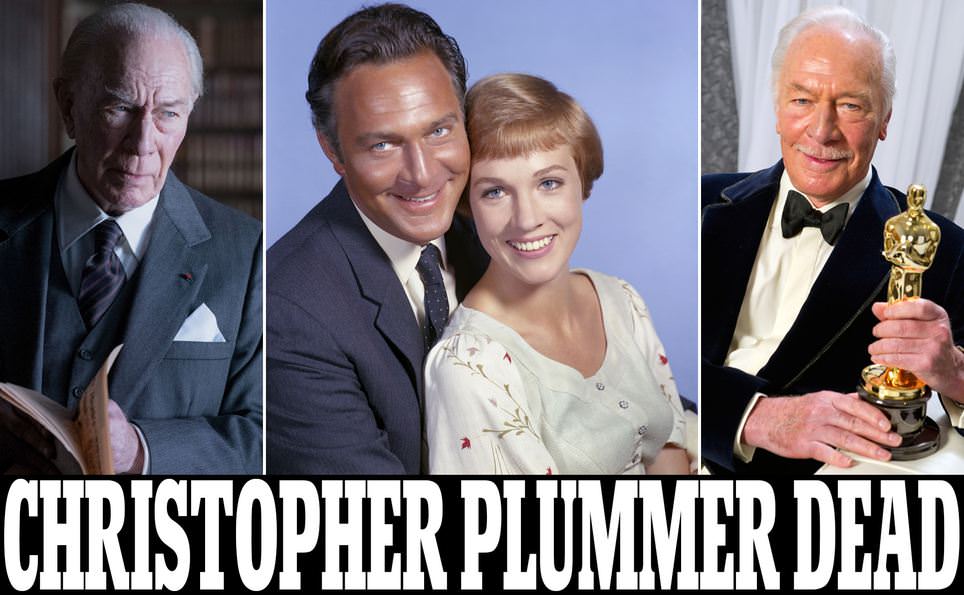 Oscar-winning actor Christopher Plummer died on Friday at the age of 91 at his Connecticut home. His wife of 53 years, Elaine Taylor, was by his side, family said. The Canadian actor was best known for his role as Captain von Trapp in The Sound of Music, but he became the oldest Academy Award winner in history at the age of 82 for his role in the 2010 film Beginners. Plummer was most recently nominated for an Oscar for the Ridley Scott-directed film All The Money In The World (pictured left), where he stepped into the role of J. Paul Getty to replace Kevin Spacey amid his #METoo downfall. Plummer most recently co-starred in the ensemble of Knives Out. Raised in Montreal, Plummer started his career on stage and in radio, and made his Broadway debut in 1954. Lou Pitt, his longtime friend and manager of 46 years said: ‘Chris was an extraordinary man who deeply loved and respected his profession with great old fashion manners, self deprecating humor and the music of words. He was a National Treasure who deeply relished his Canadian roots. Through his art and humanity, he touched all of our hearts and his legendary life will endure for all generations to come. He will forever be with us.’