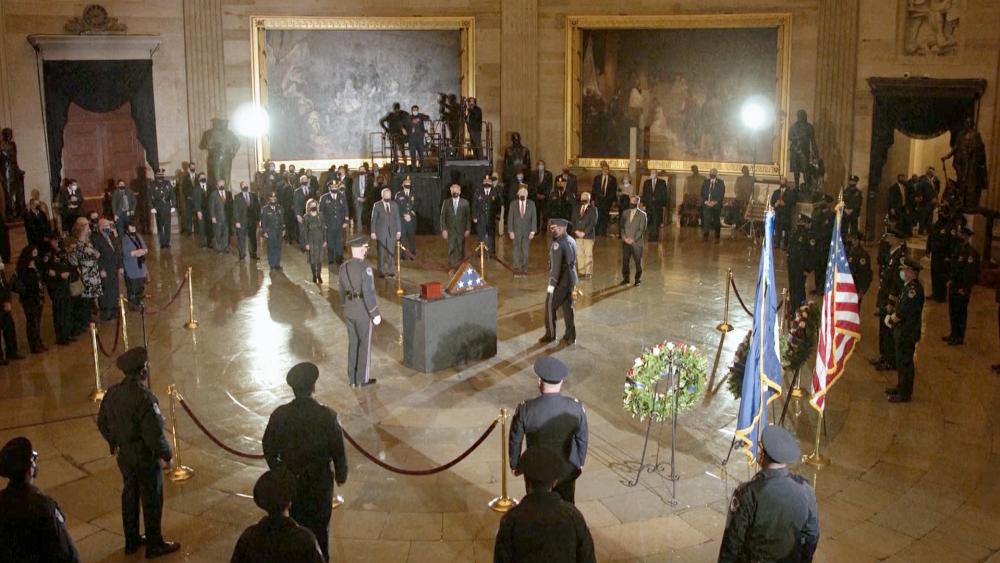 Capitol Police Officer Brian Sicknick, who died from injuries sustained during the Jan. 6 invasion, is being honored today.

His remains are lying in honor in the Capitol Rotunda after arriving late Tuesday evening. Lawmakers and fellow police officers honored his sacrifice and heroism on that day of violence.

USCP Officers place an urn holding the remains of Officer Brian #Sicknick, who died after being injured in the violent Jan 6 insurrection, on a stand to lie in honor in the US Capitol Rotunda.⁠ @POTUS paid his respects tonight. RIP Officer Sicknick, thank you for your service. pic.twitter.com/QCFnV2D8Ya

President Joe Biden and First Lady Jill Biden paid their respects as they stood near Sicknick’s urn and a folded American flag.

After this morning’s ceremony, Sicknick will be interred at Arlington National Cemetery.

His family released a statement Saturday expressing gratitude toward “congressional leadership for bestowing this historic honor on our fallen American hero.”