7 Best Cicely Tyson Stories From Her Memoir, “Just As I Am” 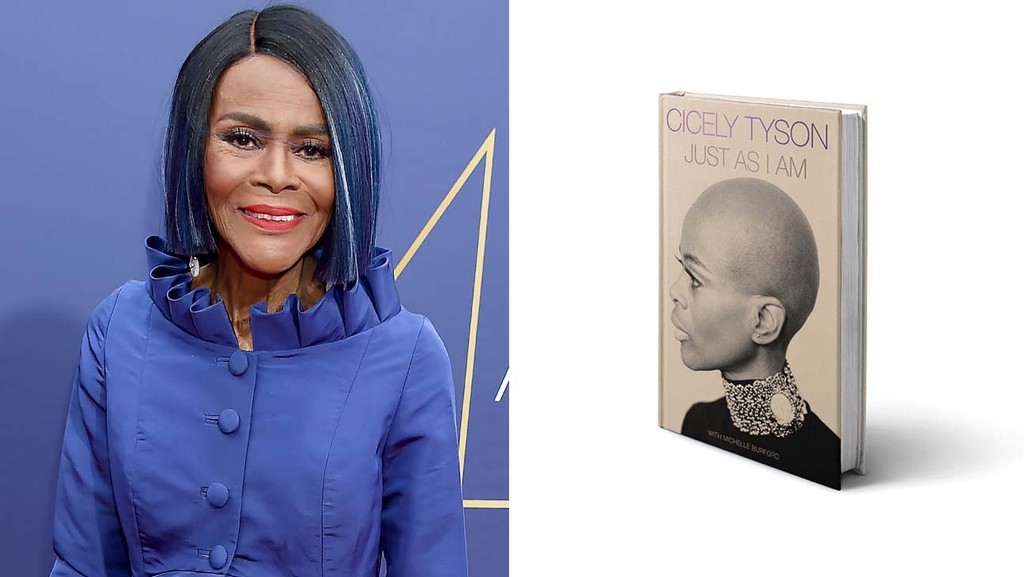 On Thursday, two days after her memoir was published, Cicely Tyson passed away at the age of 96.

Actress Cicely Tyson has spent most of her life telling vital stories onscreen. Now, in her brand-new memoir, Just As I Am, written with Michelle Burford, she’s telling her own story. Her iconic roles — from 1969’s Sounder, to Roots in 1977, to guest-starring on ABC’s How to Get Away With Murder — immortalized Black humanity onscreen and inspired icons like Denzel Washington and Viola Davis, who penned the foreword. “Every one of these characters has left me with an emotional, spiritual, and psychological inheritance I will forever carry with me,” Davis writes in the introduction. “But while each, in some way, reflected me, none could reveal who I am in my entirety.” The story of a Black woman’s rise from Harlem to the height of Hollywood should prove just as inspiring. In her 96 years, Cicely Tyson has bumped into the best, showed ‘em who’s boss, and promptly moved on to her next summit. In Just As I Am, she details some of her proudest moments, some she’s not so proud of, and some that are just good to laugh at. “The lesson, I know now, is to relish the ride,” she offers readers. Here are seven stories only the great Cicely Tyson could tell, straight from her memoir, on stands January 26.

Miles Davis was in a robe the first time they met.

Don’t go too crazy imagining this encounter with the infamous trumpeter. At the time, Tyson’s future husband, Miles Davis, was still married to dancer Frances Taylor Davis and living in an apartment down the hall to one of Cicely Tyson’s good friends, actress Diahann Carroll. One day while Tyson was visiting, Davis knocked on the door in his housecoat, asking for some sugar. Not that kind, but after they got to know each other, she wanted to give him some of that, too. “I’d been wary to get involved initially,” she recalls. “But once I glimpsed his innards, and once it became clear that he and Frances had truly moved on (and I was with him on the day in 1966 when Miles received her divorce papers), my misgivings were swallowed whole by the warmth between us.” Spiritual “innards,” that is.

Tyson once called Lenny Kravitz’s mom on him.

Once while she was living on 74th Street in Manhattan, Tyson opened up her terrace and saw a group of musicians playing in Riverside Park. Down for a party, she headed over and found Lisa Bonet, the then-wife of rock star Lenny Kravitz, who happens to be her “beloved godson,” the son of her old friend actress Roxie Roker and filmmaker Sy Kravitz. “What are you all doing over here in my neighborhood?” Tyson asked Bonet. “We’re cutting Lenny’s record.” When she made it back to her apartment, she just had to call his mom. “‘You hear all that noise?’ I said, raising the phone’s receiver out on the terrace. ‘That’s your son and daughter-in-law making all of this noise in our neighborhood.’” she recalled. “We both just fell out laughing.”

She showed Liz Taylor there’s more than one queen.

Who else would be brave enough to sue Liz Taylor and still show her face around town? After Taylor’s production company fired Tyson from the 1983 Broadway revival of The Corn Is Green, she hit back for the earnings she was owed, severing Hollywood connections in the process. No matter. Tyson gleefully recalls years later when she walked up to James Earl Jones in a Beverly Hills restaurant without realizing who his dinner partner was: Liz Taylor herself. “We exchanged one of those fake double-cheek kisses, and she laughed as she said to James, ‘You know something? Cicely sued me,’” Tyson writes. “She then turned to me and smirked, ‘And how much money did you get?’ I raised my shoulders, thrust my nose heavenward, and announced loudly enough for the room to hear, ‘I was awarded more than a half-million dollars.’”

She snatched Miles Davis’s weave and she’d do it again.

Even a story as legendary as Tyson’s is not without its low points. In the memoir, she revisits her marriage-ending fight with Miles Davis that made headlines. One afternoon in 1987, six years into their marriage and long after Tyson first sniffed out “the stench of Miles’s philandering,” she found and hid a note from another woman containing the address for his rendezvous. “I’m not giving you anything,” she sneered. “Why don’t you go out and meet your woman? You know where to meet her.” As she tried to leave, Davis twisted her wrist, so she grabbed his beloved hair weave. “Well, honey, he got to twisting and turning, and the more he tugged his head back and forth, trying to pry himself loose, the tighter I held on,” she writes. “By the time he struggled free, I was holding a whole bushel of his weave in my right hand. I hurled it onto the ground, marched out the door, and slammed it shut.” She would divorce him a year later, though she remained in his life until his death in 1991. “At one point, I heard Miles saying to someone on the phone, ‘Do you know how much I paid for that weave? And she just snatched it right off of my head!’” she remembers. “I didn’t know whether to laugh or to cringe, which is why I did both.”