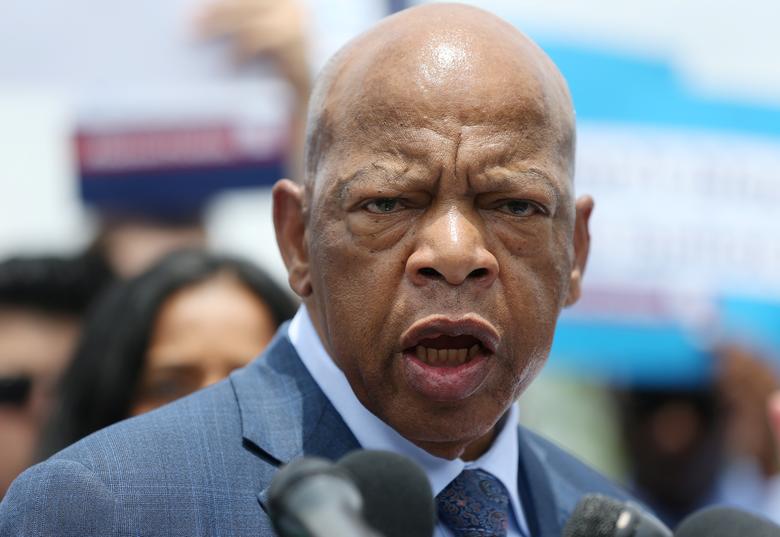 A memorial to late civil rights icon and Georgia lawmaker John Lewis will replace a Confederate monument previously on display in the Atlanta area, officials announced this week.

The activist-turned-representative — one of the “big six” leaders of the civil rights movement — died in July 2020 after being diagnosed with pancreatic cancer in December 2019. He was 80.

The monument to Lewis will be erected in Decatur, just outside Atlanta, replacing the DeKalb County Confederate Monument — a 30-foot stone obelisk called “The Lost Cause” that was put up by the United Daughters of the Confederacy in 1908, according to the Associated Press.

As Atlanta’s WAGA TV station previously reported, “The Lost Cause” was placed in the town the same year the state’s legislature ratified an amendment that prevented African-Americans from voting.

The station reports that, in June 2020, the confederate monument was removed from the town square in the middle of the night after a judge declared it “a public nuisance,” undercutting a Georgia law that dictates “no publicly owned monument honoring Confederate soldiers” may be relocated or removed.

The AP reported that the removal came amid cheers and following a lobbying effort from groups such as the Beacon Hill Black Alliance for Human Rights.