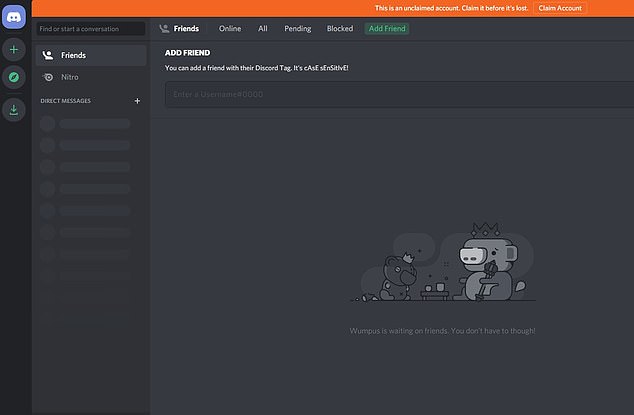 The Reddit subgroup fueling the unprecedented surge of GameStop shares in a campaign that is rattling Wall Street, was briefly made private shortly after its users were kicked off gamer messaging app Discord due to hate speech violations.

Discord on Wednesday confirmed it has banned the WallStreetBets server from its platform, where users had shared messages hyping up GameStop’s stock and urged other investors to hold on to their shares or buy more.

The campaign effectively sent the company’s shares up 1,700 per cent in four weeks, with three of its largest individual investors gaining more than $3 billion in net worth during the stock’s staggering rally.

The extreme volatility raised concerns about manipulation which could lead to an investigation by stock market regulators, and has even drawn attention from the White House.

Discord however, said the channel was not removed due to fraud but for ‘continuing to allow hateful and discriminatory content after repeated warnings.’