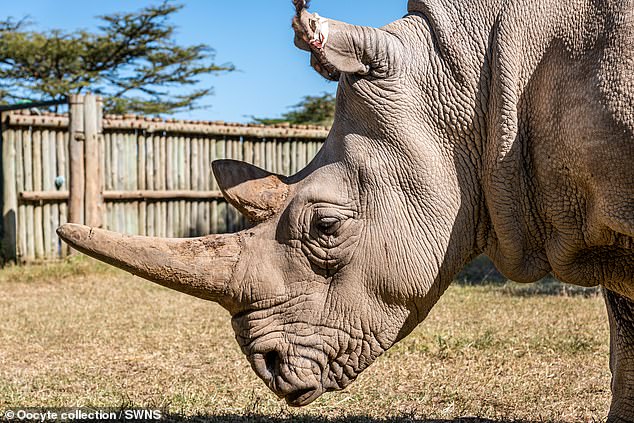 Northern white rhinos are the second largest land mammals on Earth, yet the magnificent creatures are on the brink of extinction, with just two females remaining.

Now, scientists have created two new embryos in a lab using the eggs of one of these females and the sperm from a deceased male, bringing the total number of viable embryos to five.

The other three were created in 2019, using eggs and sperm from the same rhinos.

The team hopes to implant the embryos into a surrogate mother within the next three years using an IVF technique, and bring white rhinos back from the brink of extinction.