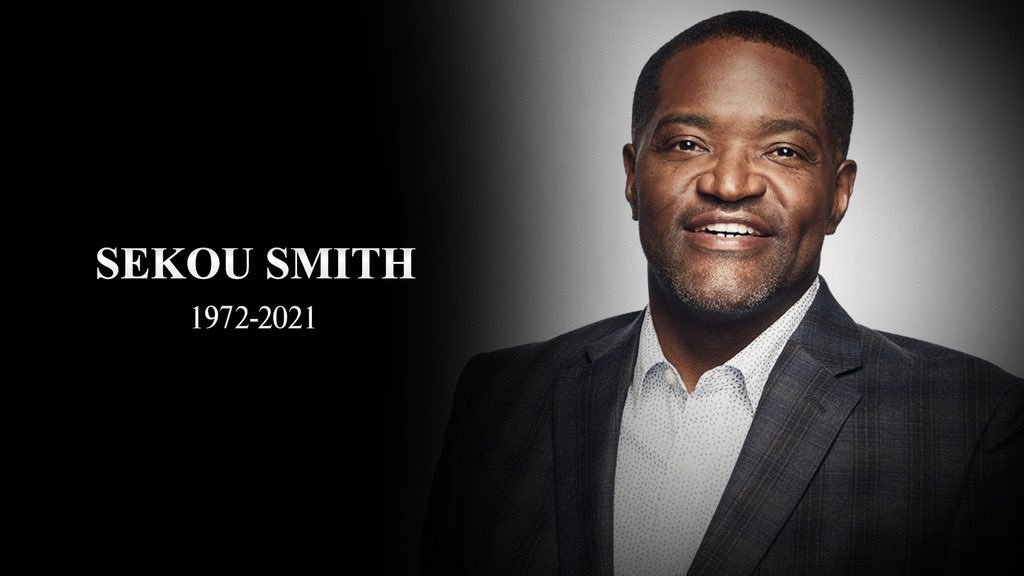 Sekou Smith, a longtime NBA reporter and television analyst, died Tuesday after a battle with COVID-19. He was 48.

A native of Grand Rapids, Michigan, Smith went to college at Jackson State in Mississippi before starting his career at the Clarion-Ledger in Jackson. He then went on to become a fixture in the NBA universe — first as a beat writer covering the Indiana Pacers for the Indianapolis Star and the Atlanta Hawks for the Atlanta Journal-Constitution before joining Turner Sports in 2009.

For more than a decade, Smith starred across all platforms for Turner, serving as an analyst for NBA TV, a writer for NBA.com and a host of the Hang Time Podcast.

Smith is survived by his wife, Heather, and their three children: Gabriel, Rielly and Cameron.

“We are all heartbroken over Sekou’s tragic passing. His commitment to journalism and the basketball community was immense and we will miss his warm, engaging personality,” Turner Sports said in a statement. “He was beloved by his Turner Sports and NBA friends and colleagues. Our deepest condolences are with his family and loved ones.”