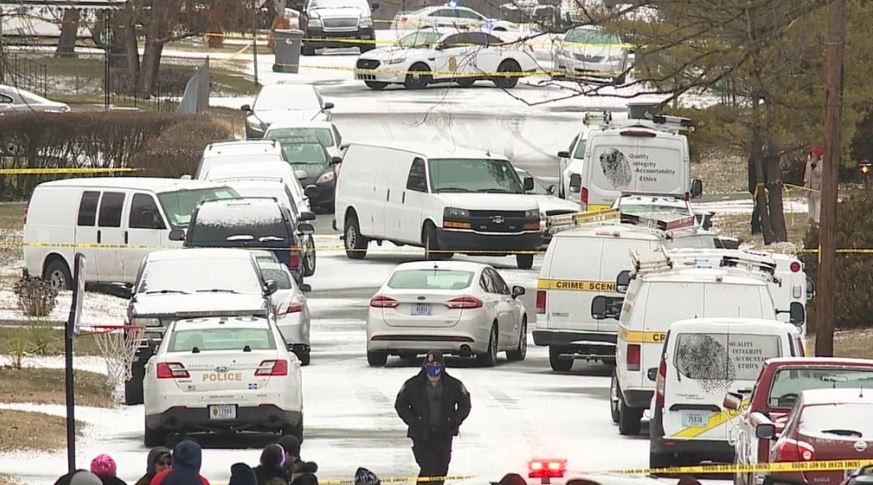 An Indianapolis teenager accused of killing six family members over the weekend reportedly began the grisly attack after his father yelled at him for leaving the house without permission, according to police and people close to the family.

The Indianapolis Metropolitan Police Department on Monday announced the arrest of a 17-year-old boy in connection with the Sunday murder of five people, including a pregnant woman whose unborn baby also died. Investigators were led to the crime scene at around 4 a.m. after a boy was found with a gunshot wound just steps away from the house.

“I’m still tryna wrap my mind around this whole thing,” Nikki Smith, a childhood friend of victim Kezzie Childs, told The Daily Beast. “This doesn’t make any sense! I can’t even imagine who would do such a horrible thing.”

Authorities have identified those killed as Kezzie Childs, 42; Raymond Childs, 42; Elijah Childs, 18; Rita Childs, 13; and Kiara Hawkins, 19. Hawkins’ unborn baby boy also died. Hawkins was taken to a local hospital in an attempt to save her and her child, but all six victims were pronounced dead Sunday morning.

The name and photo of the 17-year-old suspect haven’t been released because he is a minor, but an IMPD spokeswoman said the suspect is not the same juvenile who was found wounded on Sunday.

Local outlets Fox59, WRTV, and WISH-TV reported that the arrested teenager was Raymond Childs’ son. According to a police report obtained by Fox59, the teen’s younger brother is the wounded boy authorities first found.

When police interviewed the boy at the hospital, he reportedly told them that his older brother had been punished by his father for leaving the house without permission, Fox59 reports. The reprimand reportedly enraged the teen.