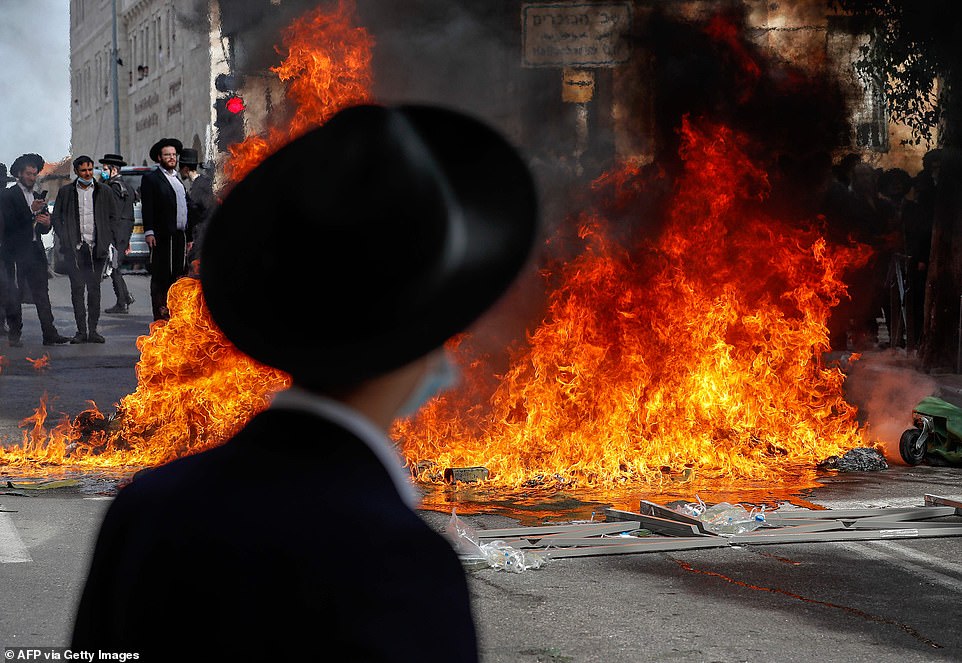 Hundreds of ultra-Orthodox Jews have clashed with riot police during anti-lockdown protests in Jerusalem.

The clash was among several reported on Tuesday – the latest confrontations between Israel’s ultra-Orthodox, or haredi, community and law enforcement over restrictions intended to curb the spread of coronavirus.

Hundreds of people threw rocks and eggs at police during a protest in the heavily-ultra-Orthodox city of Beit Shemesh, where reports suggested three people had been detained.

Elsewhere, in Modi’in Illit, a settlement in the West Bank, dozens attempted to block a police vehicle and violently confronted officers trying to enforce lockdown restrictions, according to Israeli media.