There’s a devil loose: ‘Worst Cooks In America’ Star Talked Child Abuse in Stand-Up Before She and Her Husband Were Charged with Killing Adopted Daughter 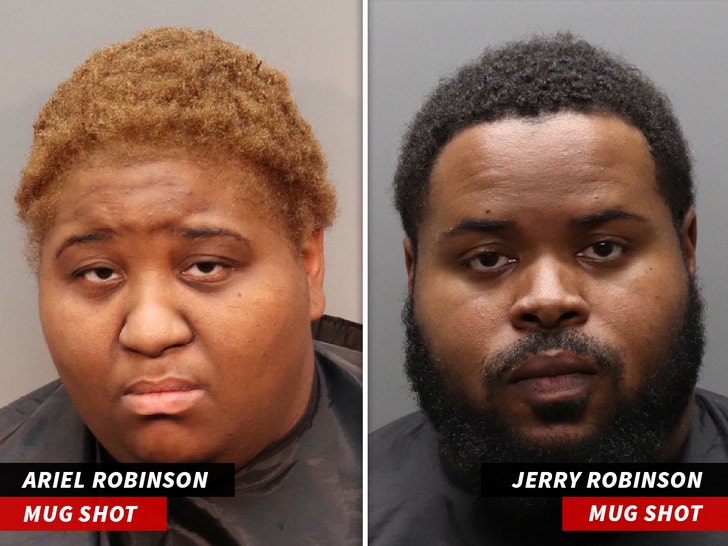 Ariel Robinson — a former winner of ‘Worst Cooks in America’ — jokingly discussed raising kids in a brutal manner before she was charged with killing one of her own … and we’ve got the video.

We’ve obtained footage of Ariel performing an impromptu stand-up routine in Spartanburg, SC in 2019, in which she’s discussing trying to adopt a daughter … and a social worker coming to her home to make sure she was a fit parent.

As Ariel recounts the story, she talks about two other children of hers — an 8-year-old boy and an 11-year-old boy, both of whom wanted a little sister — and how they were acting wild while the worker was there. She says she should’ve locked them up in cages as a result.

Nothing too crazy … but watch what she says next. She jokes that at one point, she turned around and screamed upstairs to the boys, “Shut up before I come in there and punch in your throat!” … adding that she’d reached her “mommy level” of frustration.

It got a bit of a mixed reaction from the crowd, which Ariel also played up … saying the social worker looked at her like they all were. Then, she says she got “approved.” Unclear if this story relates to the adopted daughter she and her husband are accused of killing.

As we reported … Ariel and Jerry Robinson were arrested and charged with homicide of a 3-year-old girl — who has since been identified as Victoria Smith, a toddler who’d spent a majority of her life in foster care. Reports say the Robinsons adopted her at some point.

Authorities list a series of blunt force injuries that led to her death.

Again, no word on whether Ariel was simply making up a story here … or if she was telling the truth. But in any case, it’s a red flag on its face, and tragic it wasn’t recognized earlier.