Up to half of people who’ve already had coronavirus plague may still be vulnerable to South African variant because it can ‘escape’ the immune system, scientists warn – and it could also evade vaccines 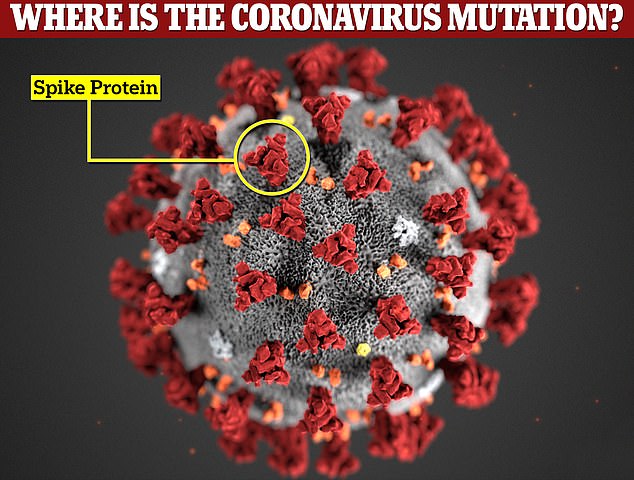 The South African coronavirus variant may slip past parts of the immune system in as many as half of people infected with different versions in the past, scientists fear.

Researchers say that a mutation on a specific part of the virus’s outer spike protein appears to make it able to ‘escape’ antibodies. Antibodies are substances made by the immune system that are key to destroying viruses or marking them for destruction by white blood cells.

South African academics found that 48 per cent of blood samples from people who had been infected in the past did not show an immune response to the new variant. One researcher said it was ‘clear that we have a problem’.

Professor Penny Moore, the researcher behind the project, claimed people who were sicker with coronavirus the first time and had a stronger immune response appeared less likely to get reinfected.

Antibodies are a major part of the immunity that is created by vaccines – although not the only part – so if the virus continues evolving to escape from them it could mean that vaccines have to be redesigned and given out again.

At least 54 people in the UK have already been confirmed to have had the South African Covid variant, although these were picked up by random sampling so the true number is likely much higher.

In a bid to stop new variants coming into the country, Britain has now made it mandatory for all international arrivals to quarantine for 10 days and provide proof of a negative test within three days before departing for the UK.