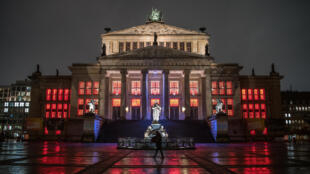 With the global death toll now well past two million and new variants of Covid-19 causing deep concern, countries across the world grappled with how to slow infections until vaccines become widely available.

They also sought ways to speed up vaccine distribution, with the European Union saying it aims to inoculate 70 percent of its adult population before the end of August.

Most EU member states have struggled to get the ball rolling on vaccinations, with other countries from Russia to India also experiencing teething problems.

Recent days have also seen a renewed focus on the initial outbreak a year ago, and China defended its handling of the virus Tuesday after independent experts criticised the speed of its response.

Beijing has faced international accusations of a lack of transparency after the virus emerged in the central city of Wuhan in late 2019, as we;; for stifling whistleblowers who tried to raise the alarm.