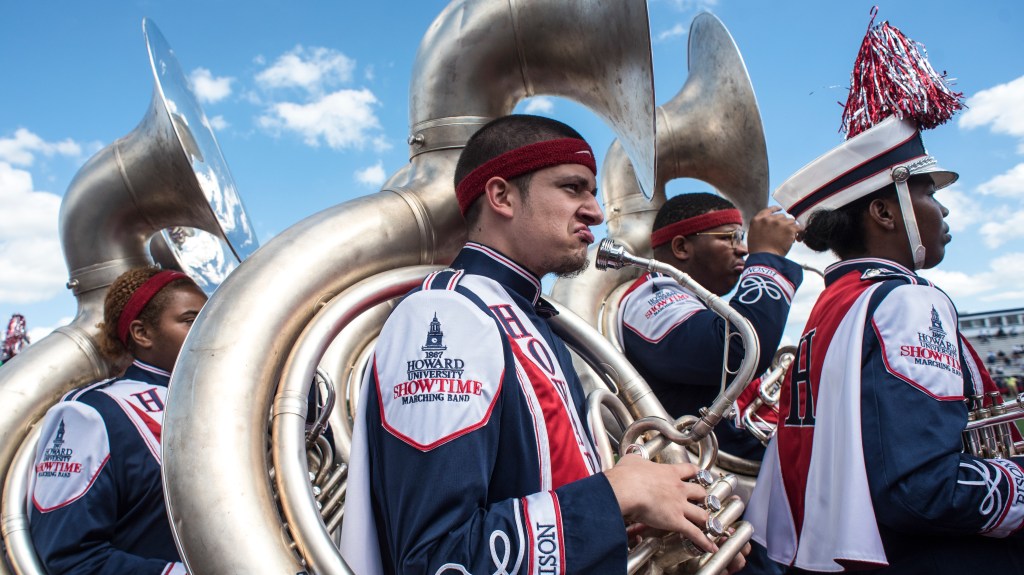 Howard University alumni and students who were likely disappointed that the famous HBCU’s annual homecoming festivities were canceled last fall, it looks like they’re getting a second chance at it on Inauguration Day on Wednesday.

That’s when one of its own, Kamala Harris, will officially be sworn into office and become the first Black woman to be Vice President of the United States. Harris—who studied political science and economics—graduated from Howard in 1986.

But Wednesday is also when the Howard University drumline will escort her and soon-to-be President Joe Biden to the White House as part of the historic event’s virtual “Parade Across America,” which is substituting for the traditional march down Pennsylvania Avenue that can’t be held this year because of coronavirus pandemic social distancing guidelines.

Howard’s drumline — another term for the group of percussionists in a marching band — will be joined by one from the University of Delaware, Biden’s alma mater.

Both drumlines will be a part of a larger virtual procession that will include representation from all branches of the U.S. armed forces, such as the U.S. Army Band, a Joint Service Honor Guard and the Commander-in-Chief’s Guard and Fife and Drum Corps from the 3rd U.S. Infantry “The Old Guard,” according to USA TODAY.