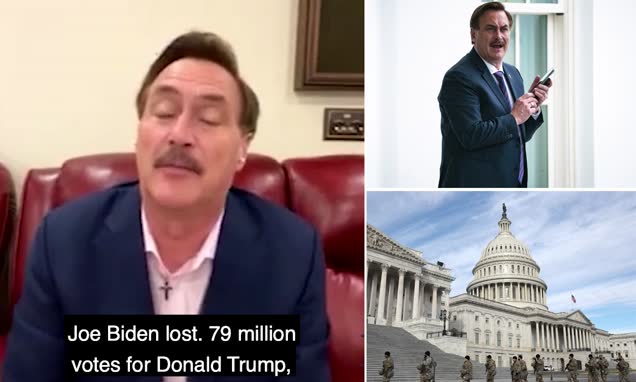 Deluded MyPillow CEO Mike Lindell, who refuses to accept Donald Trump has lost the election, has called for a military coup following his meeting at the White House, where he was seen holding notes about martial law and the Insurrection Act.

He says that he presented new theories regarding so-called election fraud, and which he has enthusiastically backed despite there being zero evidence to back up the baseless claim.

Lindell spoke about the meeting with Right Side Broadcasting, a conservative media outlet based in Alabama, in a Facebook interview Saturday and admitted he ‘hopes’ the heavy military presence in Washington DC is a sign Trump will use it to cling to power.

The interviewer said ‘people are hoping that this military presence is a response’ to election fraud.