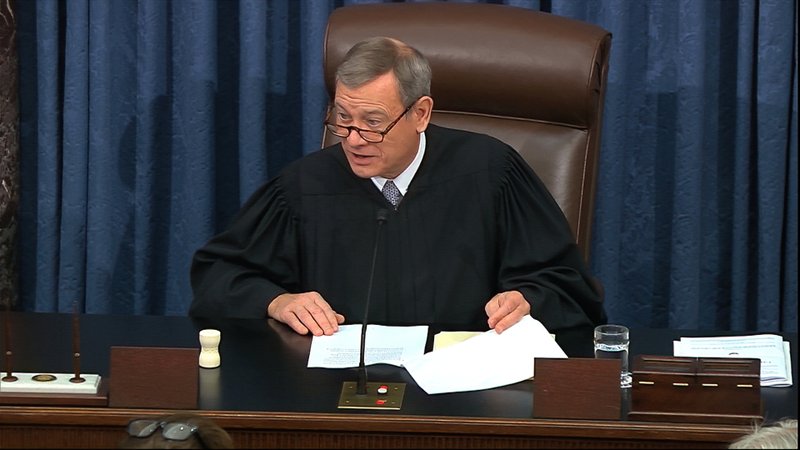 WASHINGTON (AP) — The Constitution says the chief justice is to preside at the impeachment trial of a president. But what about an ex-president?

Like so much else about the Constitution, the answer is subject to interpretation.

If President Donald Trump’s trial begins after Jan. 20, it’s not clear whether Chief Justice John Roberts would make his way to the Senate chamber as he did last year for Trump’s first trial.

The choices appear to be Roberts, Kamala Harris, who by then will be vice president, or Sen. Patrick Leahy, D-Vt., who will be the Senate’s president pro tem once the Democrats gain control of the Senate.

The issue is “unsettled, completely without precedent, and unspecific in existing Senate rules and precedents,” Princeton University political scientist Keith Whittington wrote in an email.

One reason that the Constitution specifies the chief justice to run the president’s trial is that the person who otherwise presides over the Senate is the vice president — the very person who would assume the presidency if the chief executive is convicted. That’s a bit unseemly.