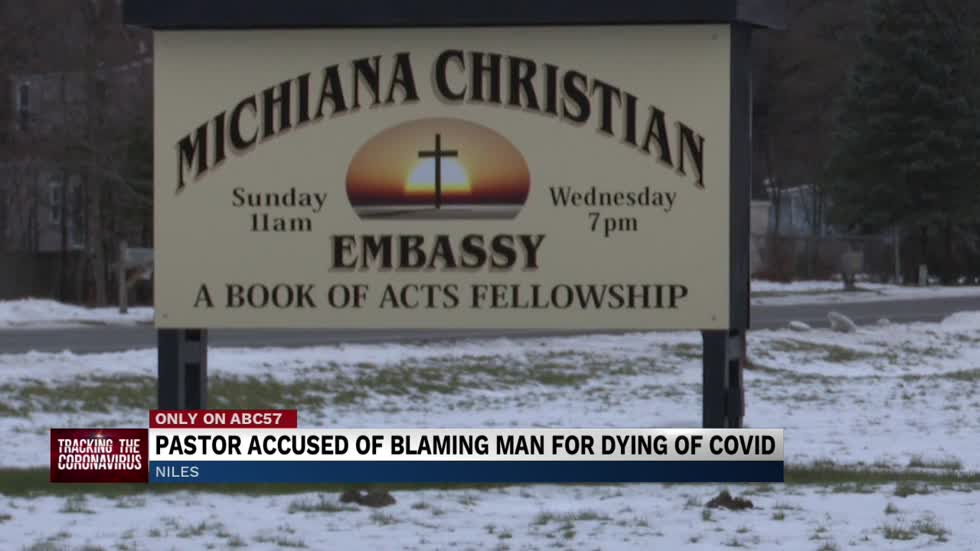 ABC57 first brought you the story one week ago of a Niles pastor accused of blaming one of his congregation members’ coronavirus death on a lack of faith.

That man’s widow then reached out to ABC57 and said despite some members of her own family being devastated by her pastor’s comments, she is standing by her church.

Ruthann and Les Tom chose to attend their long-time church, Michiana Christian Embassy in Niles, in-person periodically throughout the pandemic.

But unfortunately, in November, both of them contracted COVID-19.

While they never learned exactly who they got the virus from, it got serious enough, both of them landed in the hospital.

“He went in first, then I started having symptoms so they put me in,” said Ruthann Tom. “I was able to see him before he died and then they sent me home and several days later he died.”