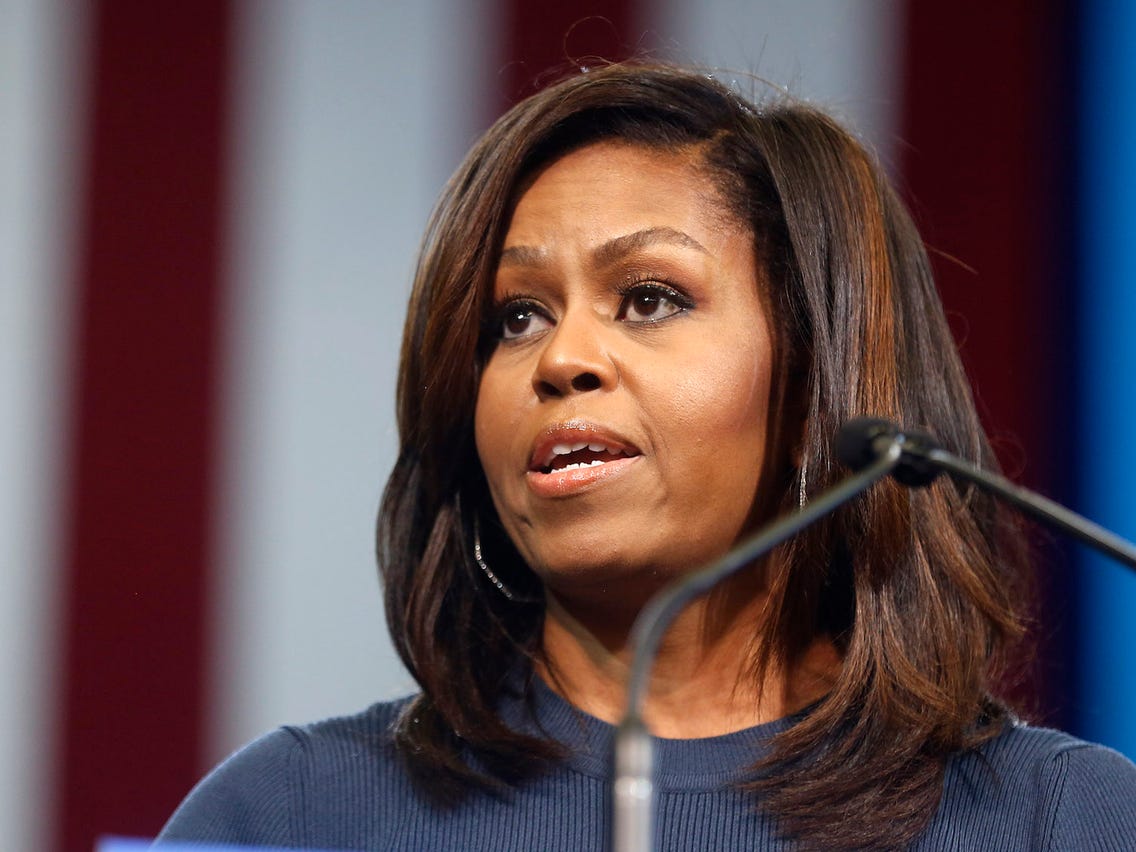 Michelle Obama is speaking out against “infantile and unpatriotic” President Donald Trump, who she says is “willing to burn our democracy down for his own ego” following Wednesday’s Capitol Hill riot.

One day after Democrats won control of the U.S. Senate and a mob of President Trump’s supporters violently stormed the Capitol building, the former first lady took to Twitter to open up about the “many emotions” she’s experienced.

“I woke up yesterday elated by the news of Reverend Raphael Warnock’s election victory,” Obama, 56, wrote Thursday. “He’ll be Georgia’s first Black senator, and I was heartened by the idea that the senior pastor of Ebenezer Baptist Church — the home parish of Dr. King and a spiritual and organizational hub during the Civil Rights Movement — would be representing his state in the United States Senate.”

However, Obama said the euphoria of the Warnock’s victory was quickly overshadowed by the terrifying turn of events at Capitol Hill. She said her “heart had fallen harder and faster than I can remember.”

“Like all of you, I watched as a gang — organized, violent, and mad they’d lost an election — laid siege to the United States Capitol,” she wrote. “They set up gallows. They proudly waved the traitorous flag of the Confederacy through the halls. They desecrated the center of American government.”

Obama called Wednesday’s chaos, that many argue Trump incited, “a fulfillment of the wishes of an infantile and unpatriotic president who can’t handle the truth of his own failures.” Trump has propagated unfounded claims of election fraud since his defeat by President-elect Joe Biden in November.

“The wreckage lays at the feet of a party and media apparatus that gleefully cheered him on, knowing full well the possibility of consequences like these,” she said of the riot, in which four people died.