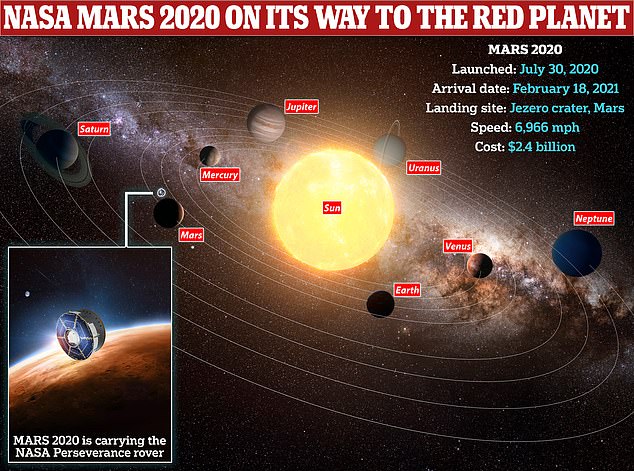 A trio of spaceships from Earth are on their way to Mars in search of life and to better understand the atmosphere and environment of the Red Planet.

Orbiter missions from the United Arab Emirates and China, as well as rovers from the Chinese and American space agencies are due to arrive by the middle of February.

Each of the vessels are currently hurtling through space at thousands of miles per hour, gathering data about the space between the two worlds to send back home.

The NASA mission is the largest, sending the next generation of rover that will follow in the footsteps of Curiosity in revealing more about our neighbouring world.

Each of the missions will be a precursor to future, more adventurous Mars trips, with the ultimate aim of putting humans on the Red Planet by the end of the 2030s.