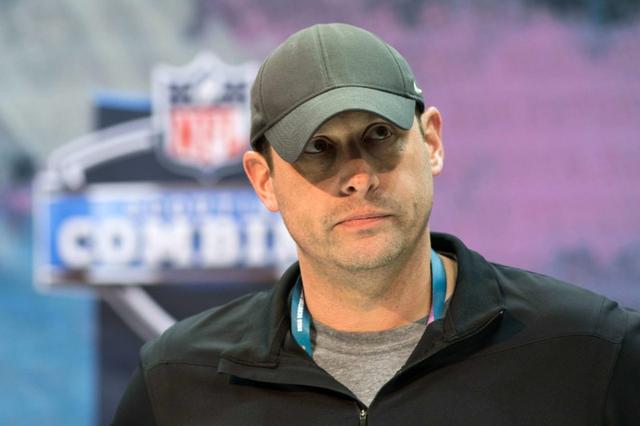 After months of intense speculation and fan unrest, the New York Jets finally put an end to the Adam Gase era, firing the coach Sunday night after only two seasons.

Jets CEO Christopher Johnson, who called Gase a “brilliant offensive mind” at the start of the season, made the announcement after the Jets finished 2-14.

“While my sincere intentions are to have stability in our organization — especially in our leadership positions — it is clear the best decision for the Jets is to move in a different direction,” Johnson said in a statement. “We knew there was a lot of work that needed to be done when Adam joined us in 2019. Our strong finish last year was encouraging, but unfortunately, we did not sustain that positive momentum or see the progress we all expected this season.

“To our fans, it is obvious we have not been good enough. We are committed to building a strong organization, on and off the field, and will continue to provide the necessary resources to field a team that you can be proud of.”

The coaching search will be a collaborative effort among Johnson, team president Hymie Elhai and general manager Joe Douglas, according to a source. Douglas will make the recommendation and Johnson will make the final decision. Given his 20 years as a football executive and scout, Douglas’ opinion will carry the most weight.

Jets owner Woody Johnson, the U.S Ambassador to the United Kingdom, is not expected to sit in on his team’s upcoming interviews, a source told ESPN’s Adam Schefter. He’ll be aware of any developments, just not a part of the interview process.

The Jets have put in a request to interview Indianapolis Colts defensive coordinator Matt Eberflus a source told Schefter and are also expected to request permission to talk with Tennessee Titans offensive coordinator Arthur Smith.

Gase, whose contract runs through 2022, was 9-23, including a franchise-record 13-game losing streak to start 2020. This is one of the lowest points for the franchise, which has gone five consecutive seasons without a winning record and 10 straight without a playoff appearance.

That Gase survived the season was a surprise, considering the Jets’ disastrous start. The Johnson family, which has owned the franchise since 2000, never has fired a coach during the season.

Gase said last week he had not discussed his future with Jets ownership. Asked if he had a gut feeling on his fate, he said, “Nothing that I’m worried about.”