Trump and Melania will fly back to D.C. today and skip their $1,000-a-head Mar-a-Lago New Year’s Eve party as Mitch shoots down $2k stimulus checks and Senate Republicans prepare to challenge Biden’s win 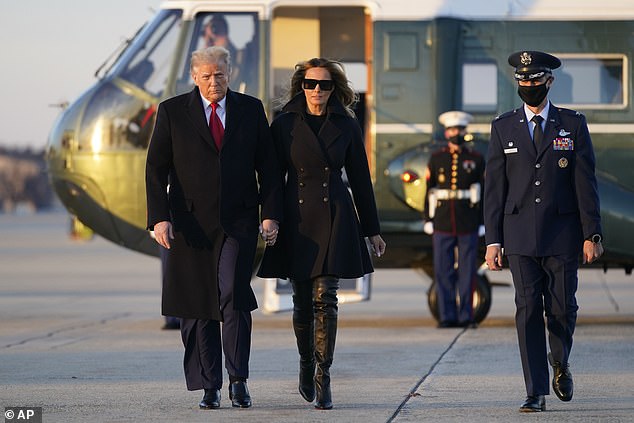 President Donald Trump is planning to return to D.C. ahead of his annual New Year’s Eve party at Mar-a-Largo, in anticipation for a planned disruption by Republicans in Congress in a bid to overturn the election and President-elect Joe Biden’s win.

The president and First Lady Melania Trump are both expected to leave Florida tomorrow morning as guests start arriving for the New Year’s Eve party at his south Florida club.

Guests had already been informed that Trump would be in attendance for the shindig where tickets went for $1000-a-head.

Trump’s planned to return to the White House comes as Republicans announced plans to disrupt certification of Biden’s win.

The president was also said to have concerns over whether Iran will retaliate in the coming days on the one year anniversary of the U.S. drone strike that killed the country’s top general, Qasem Soleimani.