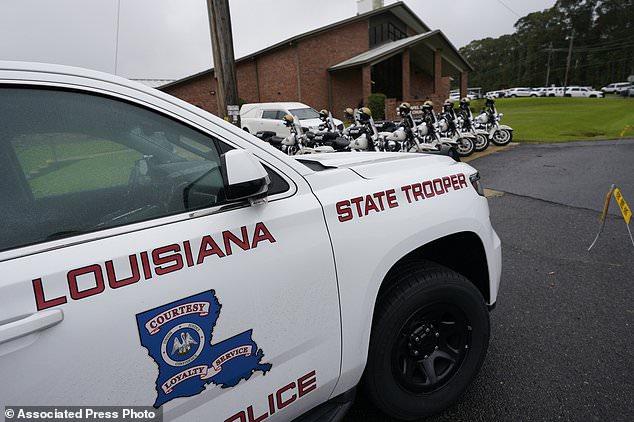 A Louisiana State Police trooper died Wednesday in an apparent suicide as his colleagues were searching his home as part of a criminal investigation.

Three law enforcement officials familiar with the matter said Senior Trooper August ‘Gus’ McKay shot himself after authorities arrived at his Washington Parish home. The officials were not authorized to discuss McKay´s death and spoke to the Associated Press on the condition of anonymity.

State Police Superintendent Col. Lamar Davis sent an email to troopers advising them of McKay’s death and noting he was under criminal investigation at the time but the agency declined to comment further on specifics of either the death or the probe.

Sources familiar with the incident said that investigators had served a search warrant at the home tied to drugs. McKay is said to have shot himself when additional staff came to put him on administrative leave, WBRZ reports.

‘In this time of need, please join me in prayer for Trooper McKay, his family, and his colleagues throughout the LSP family,’ Davis wrote.

The Washington Parish Coroner’s Office said it was investigating the cause and manner of death.