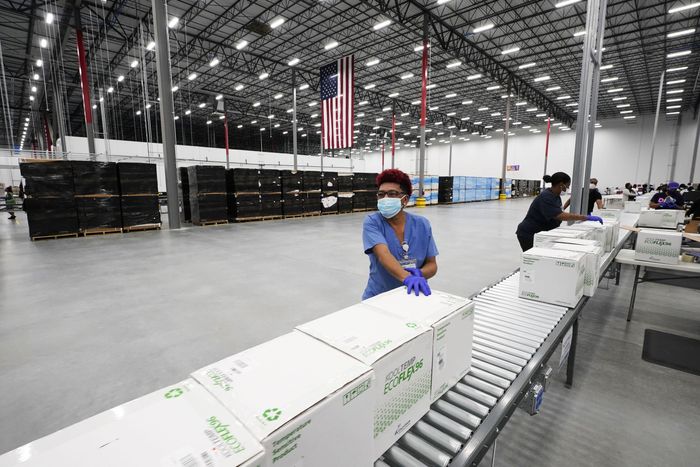 It’s happening all over again. For months, Americans who despaired about the country’s coronavirus-suppression efforts looked desperately to the arrival of a vaccine for a kind of pandemic deliverance. Now that it has arrived, miraculously fast, we are failing utterly to administer it with anything like the urgency the pace of dying requires — and, perhaps most maddeningly, failing in precisely the same way as we did earlier in the year. That is, out of apparent, near-total indifference.

Almost as soon as the coronavirus arrived in the United States, public-health officials understood quite precisely the basic building blocks of a proper response: test, trace, isolate — in the three-beat mantra of those early months. There were, along the way, misunderstandings and miscalculations — about surface versus aerosol transmission, about mask-wearing, about the relative safety of outdoor socializing, among others. But the basic path was abundantly clear, as nearly every epidemiologist kept screaming, and yet the country failed spectacularly to walk down it. Within hours of receiving WHO guidance on January 13, scientists in Thailand began deploying a COVID-19 test, as the Washington Post recently recounted; it took the CDC 46 days to produce one that worked. By March 1, South Korea was administering 11,000 tests per day, a rapidly growing figure; in the U.S., a country about seven times larger, the number was 183. Early, low-end estimates suggested 500,000 to 700,000 tests each day were necessary to slow the spread of the disease, and high-end estimates ran to 3 million per day; the U.S. didn’t reach 700,000 daily tests until mid-June, and still hasn’t reached that threshold of 3 million per day. As recently as August, lab delays caused by pent-up demand meant it was taking so long to deliver results that the tests themselves were effectively meaningless.

That is just the story of testing, but contact tracing and isolation were bungled just as badly. Early estimates for the number of contact tracers needed ran between 100,000 and 300,000 people working, nationwide, to alert the contacts of positive cases to encourage them to isolate. As of May, the number was under 8,000. Today, it is still just 70,000, and those who are reached by those tracers are overwhelmingly not responding. There has also been hopelessly inadequate support for those hoping to isolate, or quarantine, during periods of risk — not to mention insufficient protections for those who had to miss work to do so.

And now here we are, nearly a year into the pandemic, making precisely the same mistake with the vaccine. That is to say, despite the horrible continuing brutality of this pandemic and the incredible efforts and good intentions of health-care workers, we are, practically speaking, at a social level, not even bothering to try to end it.

How badly are we doing? In September, President Trump promised 100 million vaccinations by the end of the year. As a country, we have only 40 million doses, and had aimed, according to Secretary of Health and Human Services Alex Azar, to vaccinate 20 million by year-end. That’s bad enough. But we have administered only 2 million of those — barely 10 percent of the goal. At this rate, achieving sufficient vaccination to reach herd immunity and bring the pandemic to a close in the U.S. will take about seven years. In Israel, they are vaccinating about one percent of the population each day, meaning the full program of population-wide vaccination will be done by this March.