WATCH: White Man Hit With Can of Iced Tea After Repeatedly Calling Black Customer the N-Word at Ohio Gas Station 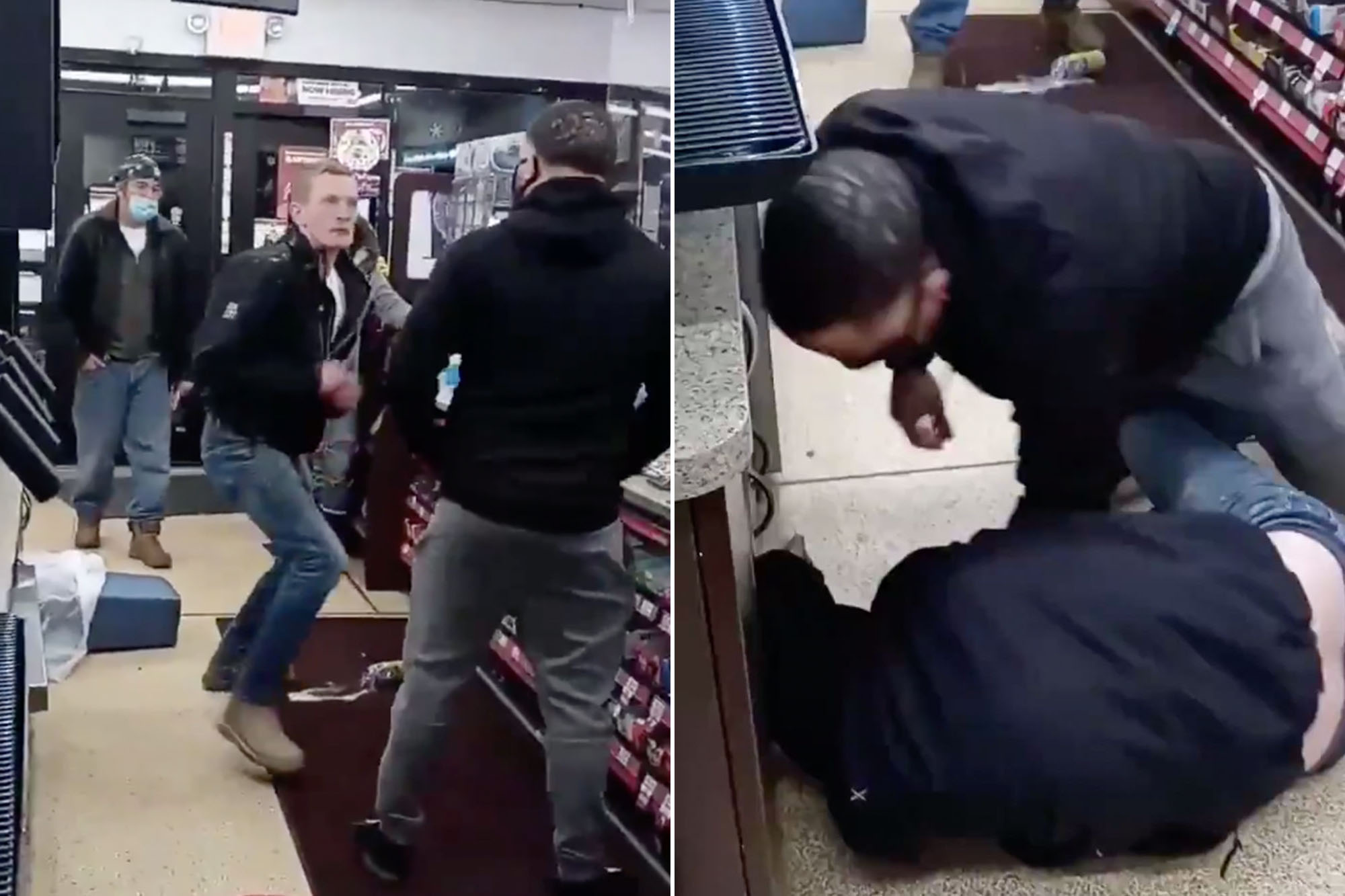 A wild viral video shows a white man being smacked in the face with a can of Twisted Tea at an Ohio gas station after he repeatedly calls a black customer the n-word.

The clip begins with the belligerent customer spewing profanity at the other man behind him in line, threatening to perform a sexual act on his mother and hurling the racist slur seven times.

After 45 seconds of standing his ground, the man being berated smacks the loudmouth in the face with the large can of the alcoholic iced tea that he’s holding.

The fight continues on the ground, where the tea-toting customer easily wrestles his smaller opponent into submission while pummeling him in the head five times and facetiously asking him to call him the n-word again.

The man then puts the aggressor into a wrestling move before finally laying him on the floor and walking away while saying, “I asked you not to call me a [n-word].”