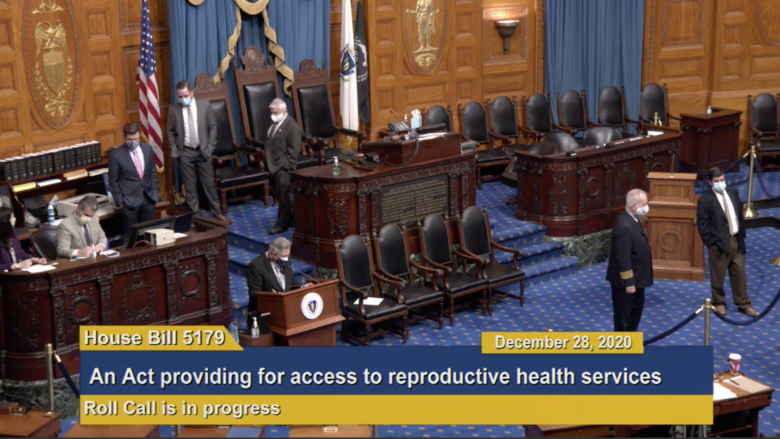 The Massachusetts state House voted Monday to override the governor’s veto of legislation that would expand access to abortion services in the state and codify abortion access in state law.

WBUR reported that the bill will now head to the state Senate, which is also expected to override Gov. Charlie Baker’s (R) Christmas Eve veto of the bill.

The bill that would lower the age at which people can seek an abortion from 18 to 16 and allow the procedure after 24 weeks of pregnancy in some cases.

Baker’s veto came after the legislature rejected his request to retain the age limit for obtaining the procedure without parental or judicial consent.

The state House voted 107-46 to override the governor’s veto on Monday, according to WBUR, just barely clearing the two-thirds margin required to do so.

State Democratic Party Chair Gus Bickford celebrated the results in a statement to the news station, accusing Baker of aligning with the extreme right wing of his own party.