Christian Persecution in 2021 Set to Increase in India and China 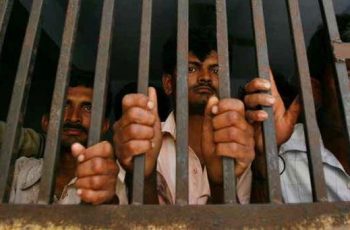 Christian persecution in 2021 is set to rise in China and India forecasts Release International, which has just published its annual Persecution Trends survey.

‘Our partners tell us that attacks are on the rise under Communism in China, Islam in Iran and Malaysia, and under militant Hinduism in India,’ says Release CEO Paul Robinson.

‘Yet despite persecution and pandemic, we see clear evidence of the boldness, courage and trust in God of Christians under pressure around the world.’

Persecution is thriving in Communist China, which has bought the silence of the international community through increased dependence on trade, according to the report.

Release International’s partners warn: ‘The government of President Xi Jinping is increasing its “clean up” of anything that does not advance the communist agenda. They appear to believe that they can achieve this by systematic opposition.’

According to Release International’s partners, the Chinese authorities ‘have bought freedom from censure due to trade with China. Many countries now regard this trade as essential to their own economies.’

In common with a number of persecuting nations, China has been exploiting the Covid-19 pandemic to tighten restrictions on underground believers.

‘The Chinese Government is trying every way to take advantage of the virus by increasing the crackdown against Christian churches,’ says Release partner Bob Fu, of ChinaAid. ‘It has accelerated particular campaigns, such as the forced removal of crosses.’

Bob Fu’s work has come under direct pressure as a result of a bizarre campaign targeting Chinese exiles in many countries. Even in the United States he has faced bomb threats and been forced to seek police protection, but says the work of ChinaAid will not be stopped.

In North Korea, one of the harshest environments in the world for Christians, believers have viewed the coronavirus as an act of God that opens new opportunities for them, states Release International’s partner.

‘This has been the most creative year we have witnessed in the underground church to date.’

During 2020, despite the Covid restrictions, Release partners were able to double their distribution of Bibles to Christians in North Korea.

Another Islamic nation where persecution is a major concern for the coming year is Pakistan.

Release partners say the blasphemy laws continued to be widely misused against Christians and other minorities – often to settle personal scores. In addition, the Christian community is facing the abduction, rape, and enforced conversion and marriage of Christian girls.