Billionaire Game of Thrones games tycoon and Netflix producer, 39, dies after being poisoned ‘by a co-worker following fights among his company’s executives’ 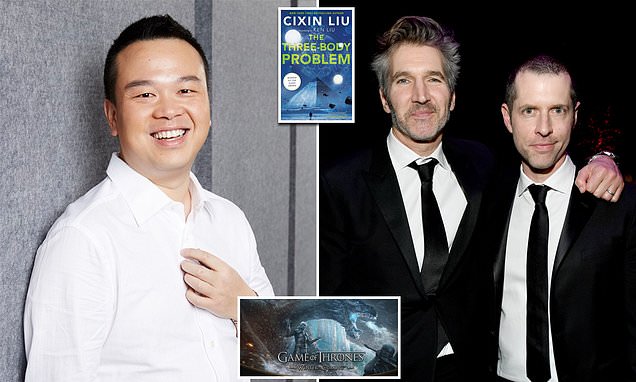 Lin Qi, 39, (left) the chairman and founder of Chinese company Yoozoo Group, was hospitalized after being poisoned on December 16 and died on Christmas day. Games developer Yoozoo – best known for the ‘Game of Thrones: Winter Is Coming’ game (inset bottom) – sold Netflix the adaptation rights to bestselling sci-fi books The Three-Body Problem (inset top). Lin – who has a net worth of around £960m (6.8billion yuan) – was listed as one of the show’s executive producers. Xu Yao, a senior executive in Yoozoo’s film and television division, has since been arrested, local media reports. The arrest comes amid rumours of a dispute among the company’s executive ranks. It was announced in September that Netflix had called on Game of Thrones creators David Benioff and D.B. Weiss (right) to head up the adaptation of the books.