California now has the worst coronavirus spread in US 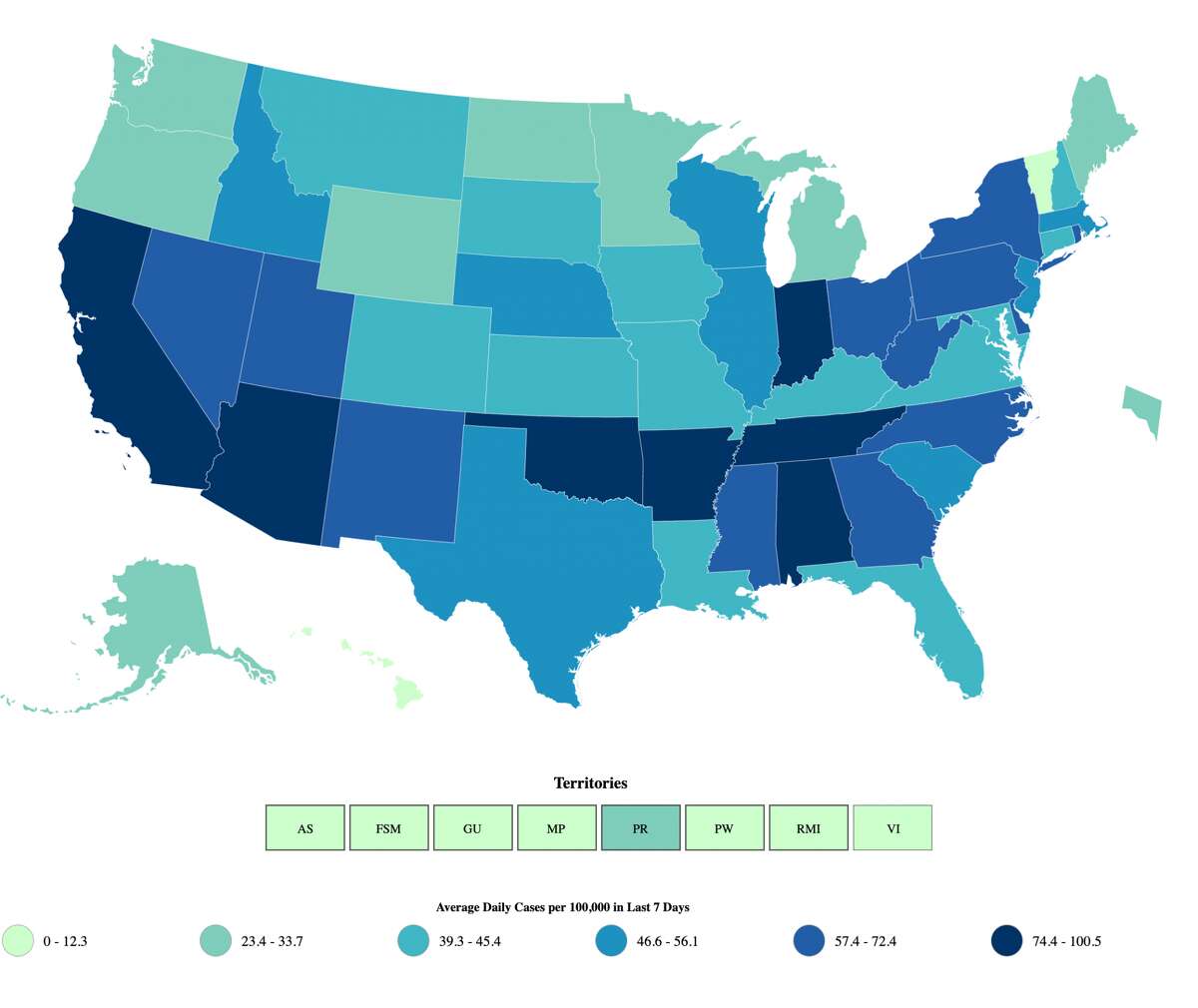 California is now reporting the highest number of new daily COVID-19 cases per capita in the country.

Last week, the state reported the nation’s fourth highest number of daily COVID-19 cases per 100,000 residents over a seven day period, but California jumped to first place when the U.S. Centers for Disease Control and Prevention updated its case per capita tracker Saturday.

California’s daily case-per capita figure is actually down from the 109.3 mark it was at last week, which is likely due to reporting delays caused by the Christmas holiday. For reference, Oklahoma recorded the worst spread in the country last week with an average of 151.4 daily COVID-19 cases per 100,000 residents, and Tennessee was the second-worst with an average of 138.

California’s number has risen dramatically in recent weeks. To put the surge in perspective, when SFGATE last reported on California’s case rate in comparison to other states on Nov. 17, the Golden State was recording 21 new daily cases per 100,000.