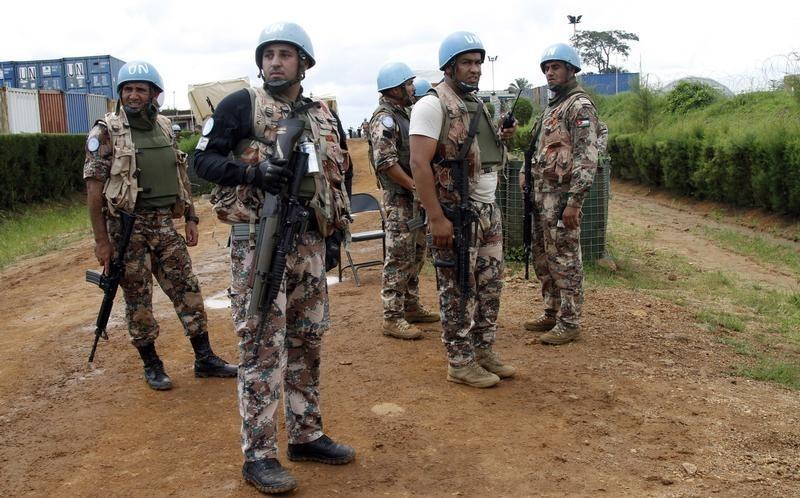 Three peacekeepers from Burundi were killed and two others wounded in Central African Republic in attacks Friday by armed combatants, the spokesman for the United Nations secretary-general said.

Secretary-General Antonio Guterres condemned the attacks in Dekoua, Kemo Prefecture and Bakouma ahead of Sunday’s presidential and legislative elections, according to a statement from spokesman Stephane Dujarric.

Attacks against peacekeepers may constitute a war crime, the statement said, calling on authorities in Central African Republic to investigate the “heinous attacks and swiftly bring perpetrators to justice.”

The U.N. retook the town of Bambari earlier this week from rebels who had seized it Tuesday.

The government blames the unrest on former President Francois Bozize, who returned from exile a year ago and has been blocked from running in the election. He has been accused of joining up with armed groups in an attempt to stage attacks and a coup. He has denied it.

Rwanda, which has peacekeepers in the country, and Russia have sent in hundreds of troops to support the government as rebels advance on the capital, Bangui.