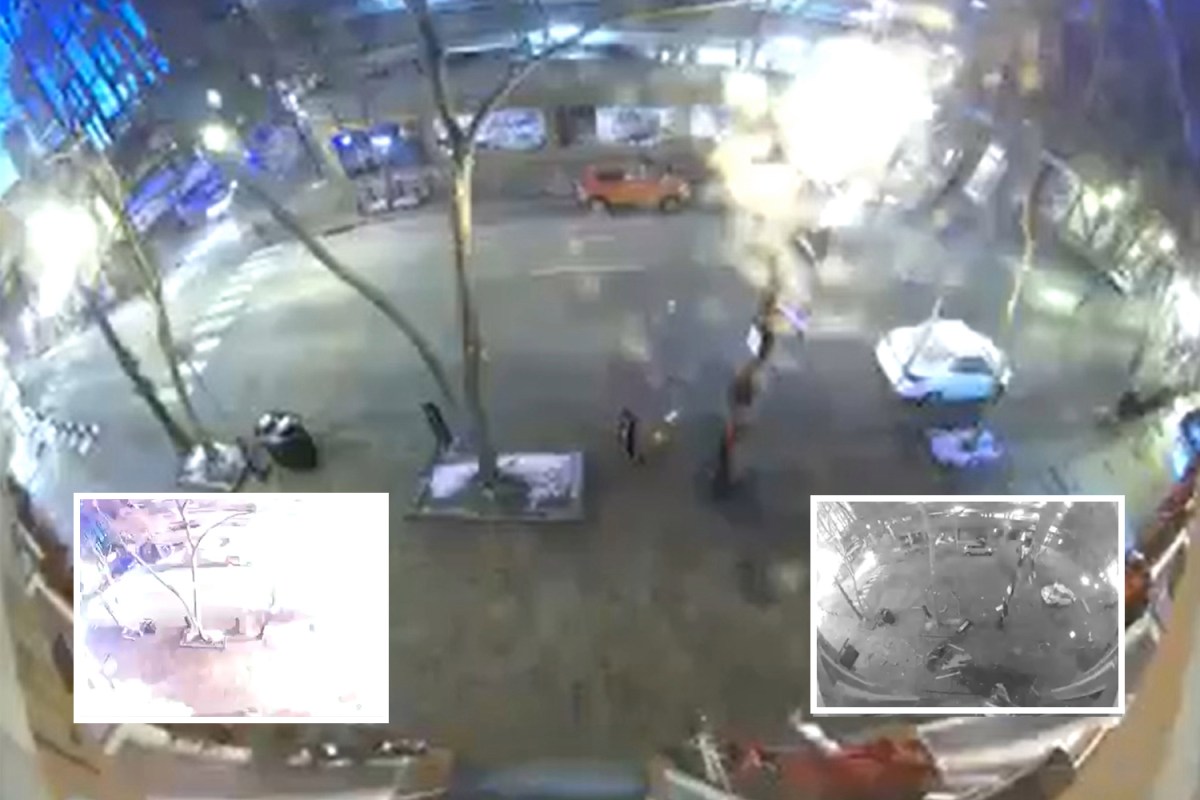 The FBI has launched an investigation into the blast, which came after a suspicious RV started playing a recording that warned the explosion was coming.

According to reports, investigators believe that the Friday morning explosion was an “intentional act.”

Nashville police said: “This appears to have been an intentional act. Law enforcement is closing downtown streets as investigation continues.”

The alleged remains were found near the explosion site, according to the report.

It has not been revealed “whether the remains are from someone connected to the explosion or from an innocent victim,” a tweet read.

The police were initially responding to reports of shots being fired, investigators said.

One resident, Bryan Norwood, told Forbes that he heard: “The first time it was 3 shots, the second time it was 5 shots, the third round it was probably about 10 or 15 shots.”

Cops also responded to reports of a recording coming from an RV that said “a potential bomb would detonate within 15 minutes.”