Republican Louisiana Congressman-elect Luke Letlow, 41, is moved to ICU less than a week after testing positive for COVID-19 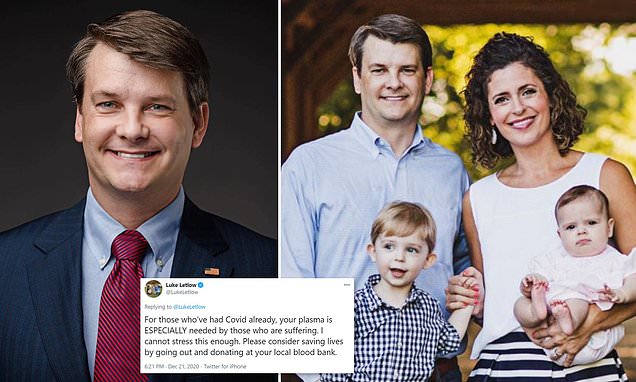 The father-of-two told supporters on Twitter on December 18 that he had the virus. He has since tweeted multiple times asking people to donate plasma if they have it. On Wednesday, his representative took over his account to publish a statement after he was moved into the ICU as a result of his worsening condition.