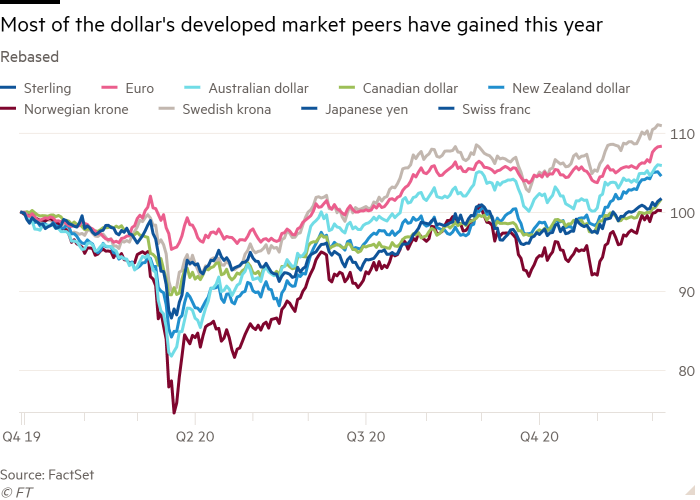 NEW YORK (Reuters) -The U.S. dollar’s share of currency reserves reported to the International Monetary Fund fell to 60.4% in the third quarter, from 61.2% in the second, IMF data showed on Thursday.

The dollar, however, remains the largest-held currency by global central banks.

A year earlier, the dollar accounted for 61.5% of total reserves. Its share has declined for two straight quarters.

Some analysts have questioned whether the dollar could relinquish its dominance as a reserve currency given the United States’ waning geopolitical power, huge debt burden and the emergence of alternative currencies.

“It is true that the dollar will one day lose its status, as was the case with every global reserve currency before it, but the chances of this happening in our lifetime are exceedingly low,” said David Rosenberg, chief economist and strategist at Rosenberg Research, in his latest research note.

“The depth of dollar dominance is overwhelming and shows no immediate signs of drying up, even in the aftermath of COVID-19,” he added.

So far this year, the dollar has fallen 6.4%, its worst yearly performance since 2017.

Rosenberg believes that the dollar is currently in a cyclical bear market, not at the precipice of a collapse.