Notre Dame Drops to No. 4, while Alabama Stays No. 1 in Amway Coaches Poll 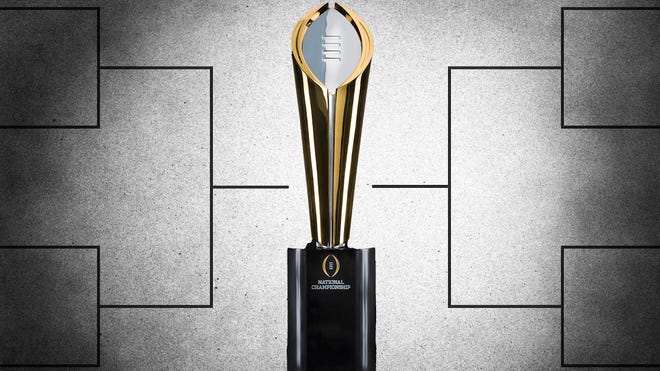 If the last Amway Coaches Poll of the regular season does indeed foreshadow the playoff pairings, Notre Dame fans will be happy and Texas A&M’s not so much.

Alabama is the unanimous No. 1 team heading into the playoff, where the Notre Dame will also almost certainly be the top seed after staving off Florida in the high-scoring SEC championship game.

Clemson avenged its earlier loss to Notre Dame in the ACC final in convincing fashion and jumps up to No. 2 in the poll. Ohio State moves up to No. 3 following its Big Ten title win against Northwestern. The Fighting Irish drop only to No. 4, which will still be good enough for a spot in the semifinals if the playoff committee agrees with the poll voters. Texas A&M was ranked in the top four by a number of voters but stays put at No. 5 overall.

Unbeaten Cincinnati checks in at No. 6, followed by Big 12 champion Oklahoma. Indiana Georgia and Florida round out the top 10.

No new teams enter the poll, though there is some shuffling near the bottom. San Jose State jumps five spots to No. 20 after completing an undefeated run to the Mountain West crown. Tulsa remains in the poll at No. 25, slipping just five places following its last-second loss to Cincinnati in the American Athletic finale.