There’s a devil loose: Texas mother shoots dead her 10-year-old son and leaves her 16-year-old daughter seriously hurt before turning the gun on herself after posting ‘May you all find PEACE in the New Year’ in Facebook message 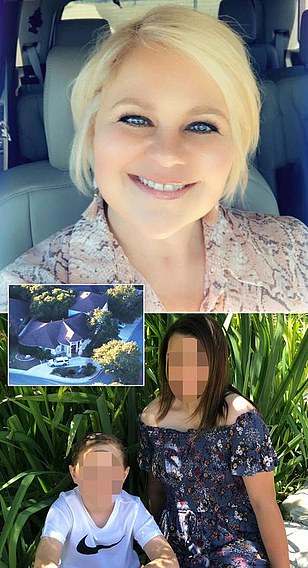 Police in Texas say Chelsee Dodd shot and killed her son, Trace, 10, and gravely injured her 16-year-old daughter inside their home in New Braunfels, before committing suicide. Dodd’s surviving child was taken to University Hospital to be treated for a serious, potentially life-threatening wound. According to the police, preliminary results of the investigation indicate that the mother shot her children and then herself. Dodd worked as a realtor and had been married to her husband for more than 16 years, although he has been absent from her social media posts since last December. Dodd’s final Facebook post went up on Tuesday night, just two days before the murder-suicide. ‘May you all find PEACE in the New Year! Merry Christmas from The Dodds!’ she wrote.