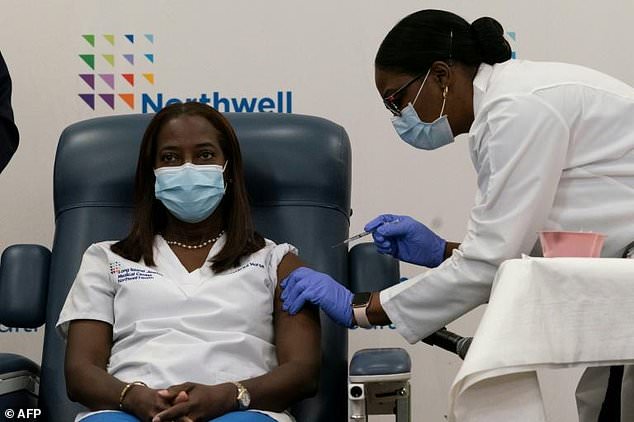 More than a third of black Americans are hesitant to get a COVID-19 vaccine, a recent survey shows.

Kaiser Family Health Foundation polling found that black Americans are among the groups least likely to want to get vaccinated against coronavirus, even if a scientists deem vaccines safe, effective and the shots are given for free.

In the U.S. black people – and Latin people – are almost three times more likely to die from Covid-19 then whites, according to the Centers for Disease Prevention (CDC), due to economic disparities.

The troubling paradox is not lost on public health authorities, politicians or hospitals.

The first two Americans to receive the coronavirus vaccine, live on television, were Black caregivers, optics that illustrate a daunting challenge facing the nationwide campaign: persuading skeptical African Americans to get inoculated.

Mistrust among black people is deep-seated. Experts largely attribute it to medical experiments that were conducted during the eras of slavery and segregation.

And some African Americans remain staunchly against coronavirus vaccines. Nation of Islam Louis Farrakhan, 78, called the vaccine ‘a shot of toxic waste’ last weekend, and urged his followers not to take it.

Public health officials and vaccine makers are trying to counter the pull of vaccine hesitant figures like Farrakhan, who has been branded an extremist by the Southern Poverty Law Center.

Development and trials of COVID-19 vaccines were expanded in an effort to make sure that the shots were tested and proven safe in people of color – but even so, the black Americans remained underrepresented in trials.

Vaccine makers and public health workers alike are trying to make up for lost time and ensure that black Americans get vaccinated.