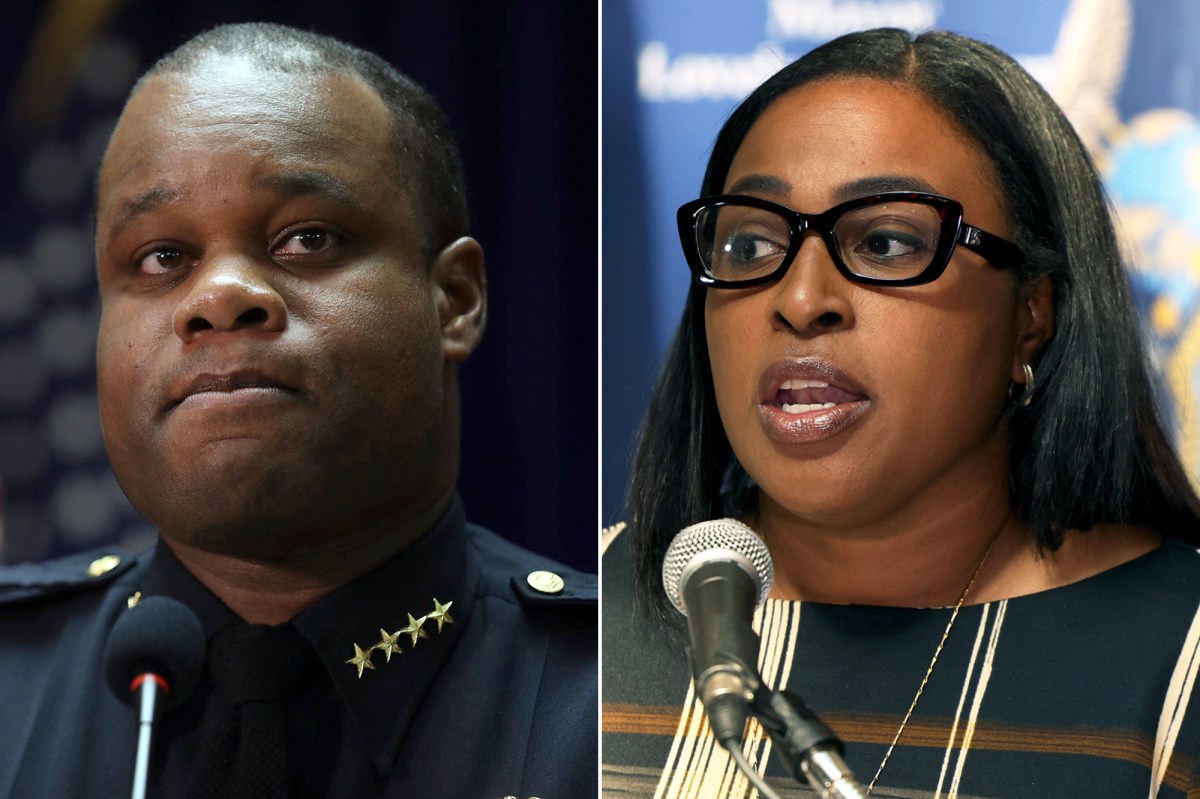 Rochester, New York’s former police chief alleges the city’s mayor pressured him to lie about her handling of the police killing of Daniel Prude, which was kept from the public for six months, and that she fired him because he refused to do so.

La’Ron Singletary, terminated in September after announcing plans to retire, says in legal papers made public Wednesday that Mayor Lovely Warren urged him to omit facts and give false information to back her claim that it wasn’t until months later that she learned key details of the March 23 encounter that led to Prude’s death from suffocation.

Singletary wrote in the papers — a notice of claim sent to the city as a precursor to a lawsuit — that Warren was especially worried that his testimony before a city council panel investigating Prude’s death would undermine her repeated assertions that the then-chief hid information from her.

Singletary wrote that those assertions, made by Warren at news conferences and in TV interviews after news of Prude’s death became public in September — were false, defamed his character and harmed his reputation as an upstanding law enforcement official.

Singletary wrote in his notice of claim that he texted her Prude was “likely high on PCP” but that he updated her with additional information on April 13 when the medical examiner ruled Prude’s death was a homicide.

A city spokesperson, Bridgette Burch White, said in a statement that Rochester will “fully defend taxpayers against this frivolous suit.”

She added that Singletary’s version of events confirms Warren’s claim that the former chief never showed her body camera footage from the officers involved in Prude’s arrest and that she only saw it in August, when a city lawyer provided it to her.

Burch White said that was “a fact that Mr. Singletary refused to acknowledge until now.”

Singletary’s notice of claim, sent to the city on Dec. 3, was included Tuesday as an exhibit in the city council’s court petition seeking to enforce a subpoena for him to testify and provide documents for its investigation into Prude’s death.

Singletary didn’t specify the monetary damages he’s seeking from the city, but he noted that his Sept. 14 firing cost him the lifetime health benefits he would have received had he been allowed to retire on Sept. 29.

Also Tuesday, the city’s public integrity office issued a report concluding that it found no ethical lapses in the way Warren or senior staff responded to Prude’s death. Another probe, opened in April by the office of state Attorney General Letitia James, is ongoing.

Prude’s death received no public attention until his family released police body camera video and written reports on Sept. 2 that they obtained through a public records request.

The video showed Prude, who had been having an apparent mental health crisis, handcuffed and naked with a spit hood over his head. An officer was shown pushing his face against the frigid ground while another officer pressed a knee to his back.

The officers held him down for about two minutes until he stopped breathing. He was taken off life support and died a week later.

The news of Prude’s death sparked weeks of protests and calls for Warren to resign. The second-term Democrat has remained in office after pleading not guilty in October to an unrelated indictment alleging she broke campaign finance rules and committed fraud.

Meanwhile, Prude’s family filed a federal lawsuit alleging the police department sought to cover up the true nature of his death.

In October, Rochester released emails that showed police commanders urged city officials to hold off on publicly releasing the body camera footage of Prude’s death because they feared violent blowback if the video came out during nationwide protests over the police killing of George Floyd.

Deputy Chief Mark Simmons cited the “current climate” in the city and the nation in a June 4 email advising Singletary to press the city’s lawyers to deny a Prude family lawyer’s public records request for the footage. Simmons wrote he was concerned people would “misinterpret the officers’ actions and conflate this incident with any recent killings of unarmed black men by law enforcement nationally.”

Singletary, in his notice of claim, wrote that in light of Simmons’ email, city officials convened a staff meeting and that, on June 10, Warren’s communications director asked him to suspend work on the Prude body camera footage and focus on another matter instead.