Storm Gail slams the East coast with 2ft of snow in the worst nor’easter in a DECADE with 161 crashes in Maryland, pile-ups in New York, power outages for thousands and governors telling millions to stay home 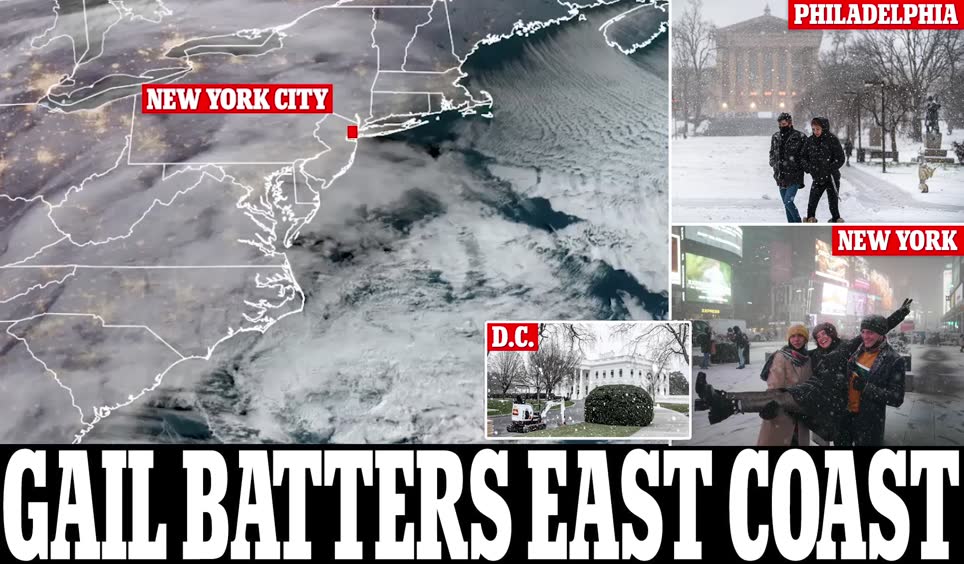 More than 60 million people have been placed under weather warnings as what’s expected to be the most powerful nor’easter in a decade threatens to dump up to two feet of snow across the East Coast with winds of up to 50mph.

Snowfall in the Big Apple is set to be the heaviest seen in December in a decade with 12 inches forecast.

‘Take this seriously,’ Mayor Bill de Blasio said in a tweet announcing that schools would be closed for in person learning Thursday.

The FDNY reported a crash involving 20 cars on the Henry Hudson Parkway in the Bronx at about 6.30pm. At least six people are injured and an undisclosed number are ‘pinned’ in their vehicles, according to Citizen.

In Maryland, state police reported a sharp spike in traffic calls soon after the weather arrived, including 161 crashes and numerous stalled or abandoned vehicles on icy roadways. Police in Virginia also saw an influx of calls as more than 34,600 homes and businesses were without power as of 7pm, per poweroutage.us.

The National Weather Service said the heaviest snowfall is forecast across central Pennsylvania, which could see up to two feet of snow. ‘This will likely lead to very dangerous, if not impossible, travel conditions and isolated power outages’, the agency added.

Despite increasingly treacherous road conditions COVID-19 vaccine shippers said they will not let Winter Storm Gail affect distribution – but that they have made additional plans in case it does.